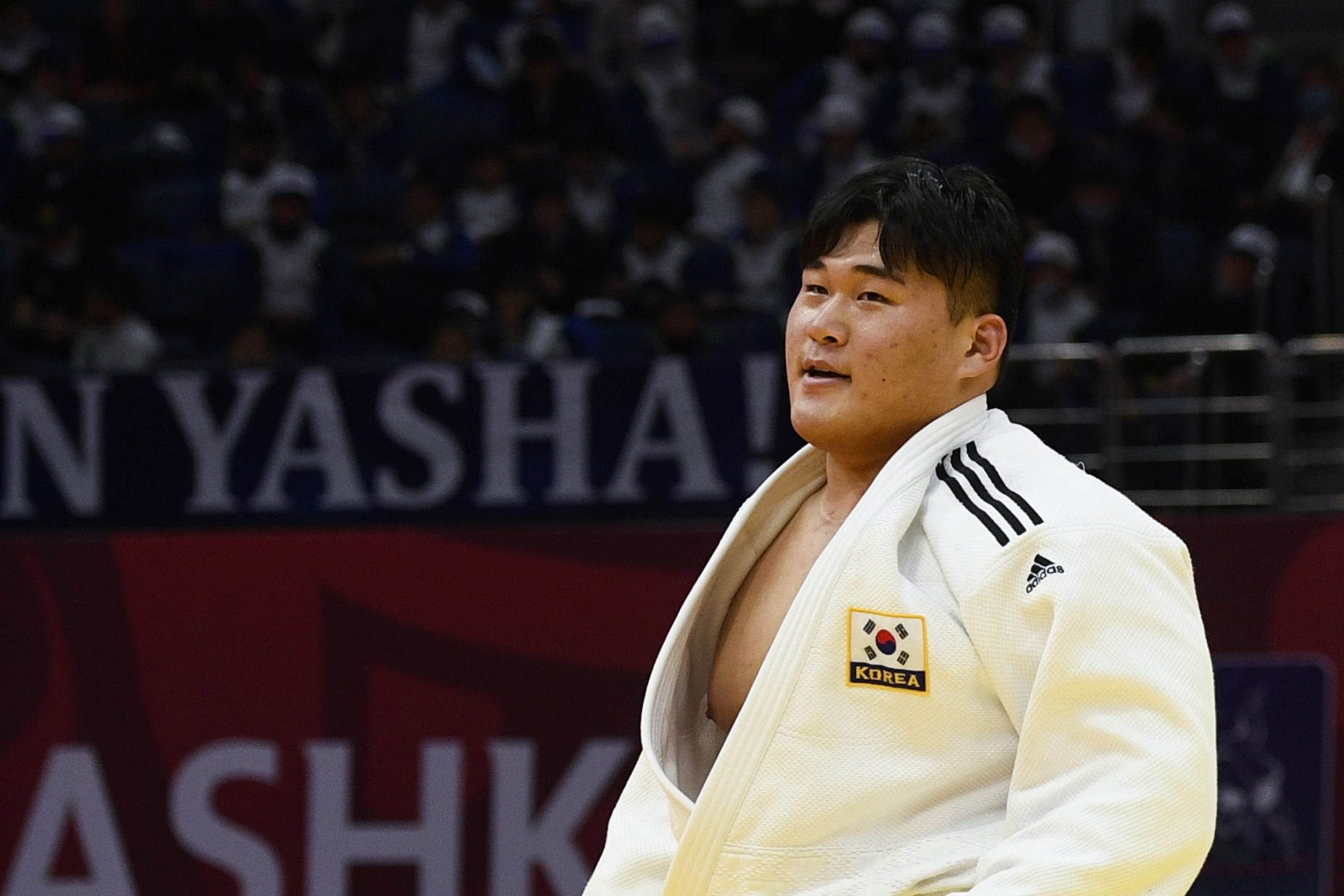 South Korea claimed the final gold medal of the Asia-Oceania Judo Championships in Bishkek in Kyrgyzstan with victory in the mixed team event.

Meeting them in the gold-medal match were Kazakhstan.

In the opening bout Kim Ji-su gave South Korea the lead with an ippon win over Sevara Nishanbayeva in the women's under-57-kilogram category, before Zhansay Smagulov levelled the score with an ippon victory of his own against Kim Lim-hwan in the men's under-73kg.

Zere Bektaskyzy then gave Kazakhstan the lead, emerging victorious after a four-minute stalemate and three-and-a-half minutes of golden score against Kim Seong-yeon in the women's under-70kg.

In the men's under-90kg, Gwak Dong-han made it 2-2, winning against Islam Bozbayev after a minute of golden score.

Han Mi-jin gave South Korea a 3-2 advantage in the women's over-78kg, defeating Kamila Berlikash, and Kim Min-jong confirmed the gold medal for South Korea with an ippon win over Yerassyl Kazhybayev in the men's over-100kg.

Meeting in a bronze-medal match were hosts Kyrgyzstan and Uzbekistan.

The opening bout saw Nilufar Ermaganbetova give Uzbekistan the lead after a women's under-57kg win against Kseniia Beldiagina.

Murodjon Yuldoshev doubled his nation's lead after a victory over Beksultan Sultanov in the men's under-73kg and Gulnoza Matniyazova made it 3-0, winning by ippon in little more than a minute against Aizhan Kadyrbekova in the women's under-70kg.

Erlan Sherov handed the hosts a lifeline by winning a crucial bout in the men's under-90kg by ippon against Davlat Bobonov, making it 3-1.

Despite Kyrgyzstan seemingly mounting a comeback, Rinata Ilmatova secured the bronze medal for Uzbekistan, defeating Nagira Sarbashova by ippon in the women's over-78kg, making the score 4-1.

China faced Turkmenistan in the other bronze-medal match.

Qing Daga gave China a 2-0 lead, winning by ippon against Hekim Agamammedov in the men's under-73kg.

Sun Xiaoqian made it 3-0 in the women's under-70kg, overcoming Zulhumar Dashkinova in less than 20 seconds by ippon.

Bu Hebilige put the tie to bed with an ippon win over Agamyrat Bashimov in the men's under-90kg, giving China a 4-0 win and the bronze medal.