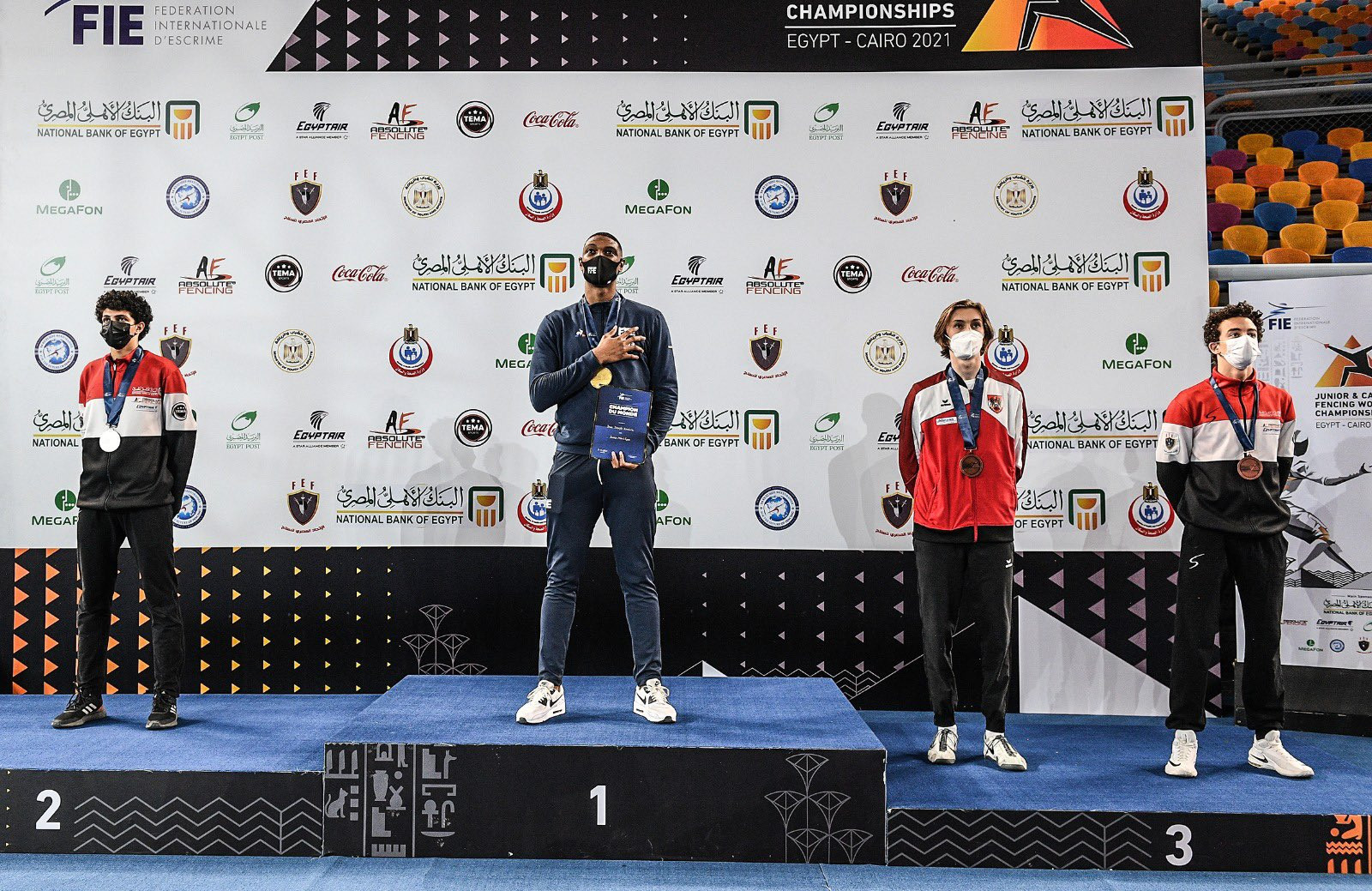 The Frenchman the beat Swiss seventh seed Hadrien Favre 15-13 in the quarter-finals and reach the final via a tight 12-11 win against home athlete Mohamed Elsayed.

Another Egyptian, Mohamed Yasseen, awaited in the final after knocking out French top seed Alexis Messien in the quarter-finals and beating Austrian fifth seed Samuel Berktold 15-10 in the last four.

Khaertdinova had defeated the top seed, Alicja Klasik of Poland, in the last 16 by a score of 15-14, before thumping Spaniard Claudia Arribas 15-5 in the quarter-finals and being on the right end of another 15-14 scoreline in the semi-finals against South Korean Kim So-hui.

Lin defeated Russian sixth seed Anna Gzyunova 14-13 in the last 16, Pole Gloria Klughardt 15-13 in the quarter-finals and Ukraine's Anastasiia Zelentsova 15-11 in the last four, but could not overcome Khaertdinova.

Zelentsova and Kim were given bronze medals.