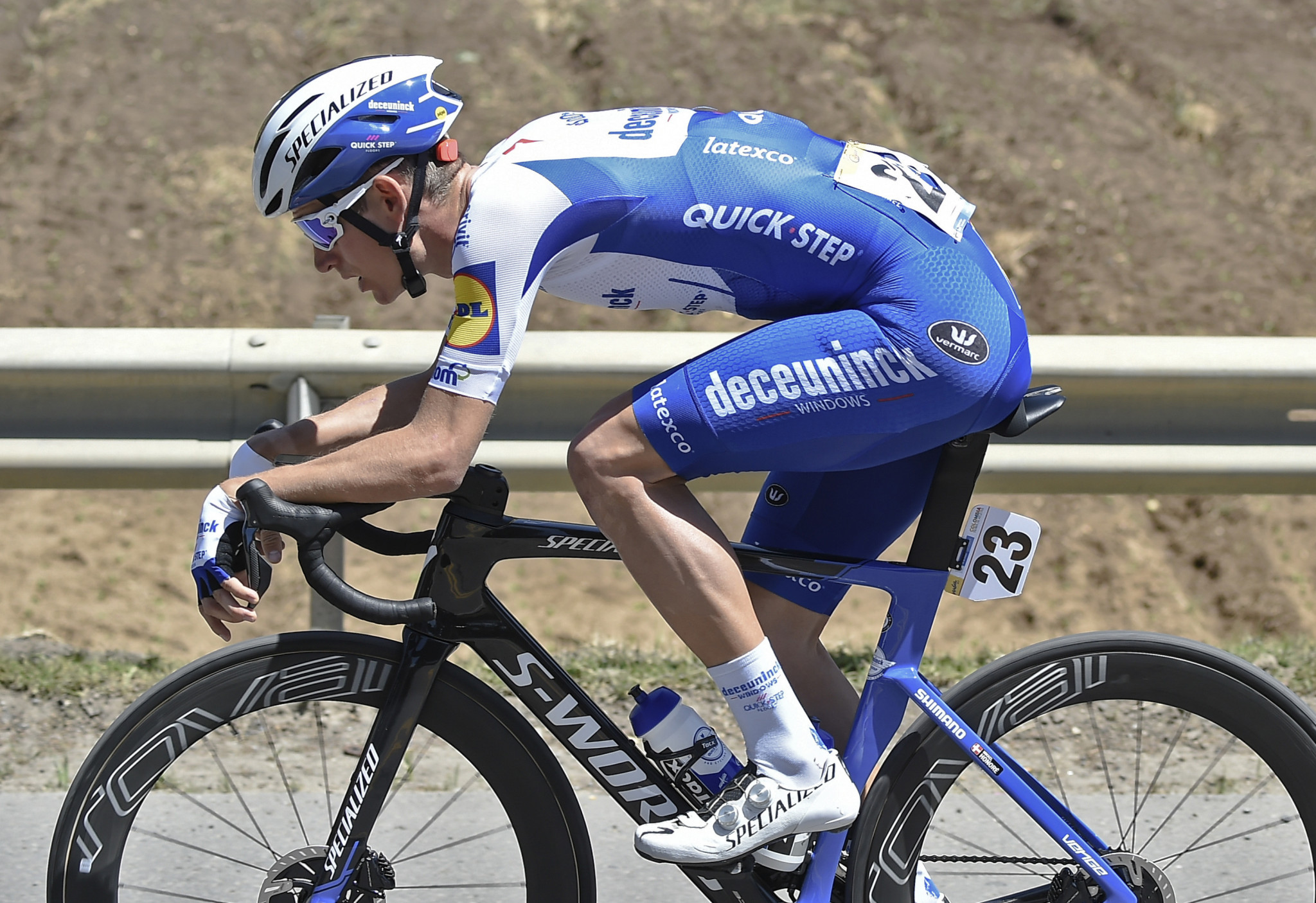 Denmark’s Mikkel Honoré won the fifth stage at the Tour of the Basque Country in a one-two finish with colleague Josef Cerny.

Honoré and Czech rider Cerny formed part of a six-rider breakaway on the 160-kilometre stage from Hondarribia to Ondarroa.

The group sought to deny sprinters their only prospect of a stage win at the International Cycling Union (UCI) WorldTour race, building an advantage during the early climbs on the stage.

The move largely remained together until 30km to go, when Honoré and Cerny attacked from the group.

The duo were unable to shake off Bernard, with the three riders heading into the closing 20km with a lead of 1min 30sec over the peloton.

Their advantage was gradually reduced, but the trio were able to remain clear.

Bernard proved unable to respond when Honoré and then Cerny attacked to form a two-rider lead group.

One for your scrapbook!
A Wolfpack exhibition in #Itzulia2021!
Photo: @GettySport pic.twitter.com/jznEzZOpEk

The team mates were able to cross the line together on a winning time of 3 hours 39min and 54sec, with Honoré narrowly ahead to earn the stage win.

Bernard finished 17sec back in third, with South Africa’s Daryl Impey leading the peloton across the line at 28 down.

The stage proved a successful one for American rider Brandon McNulty, who preserved his 23-second advantage over second-placed Primož Roglič of Slovenia in the overall standings.

McNulty will hope to maintain his lead in tomorrow’s final stage, with a mountain route taking riders 111km from Ondarroa to Arrate in Eibar.