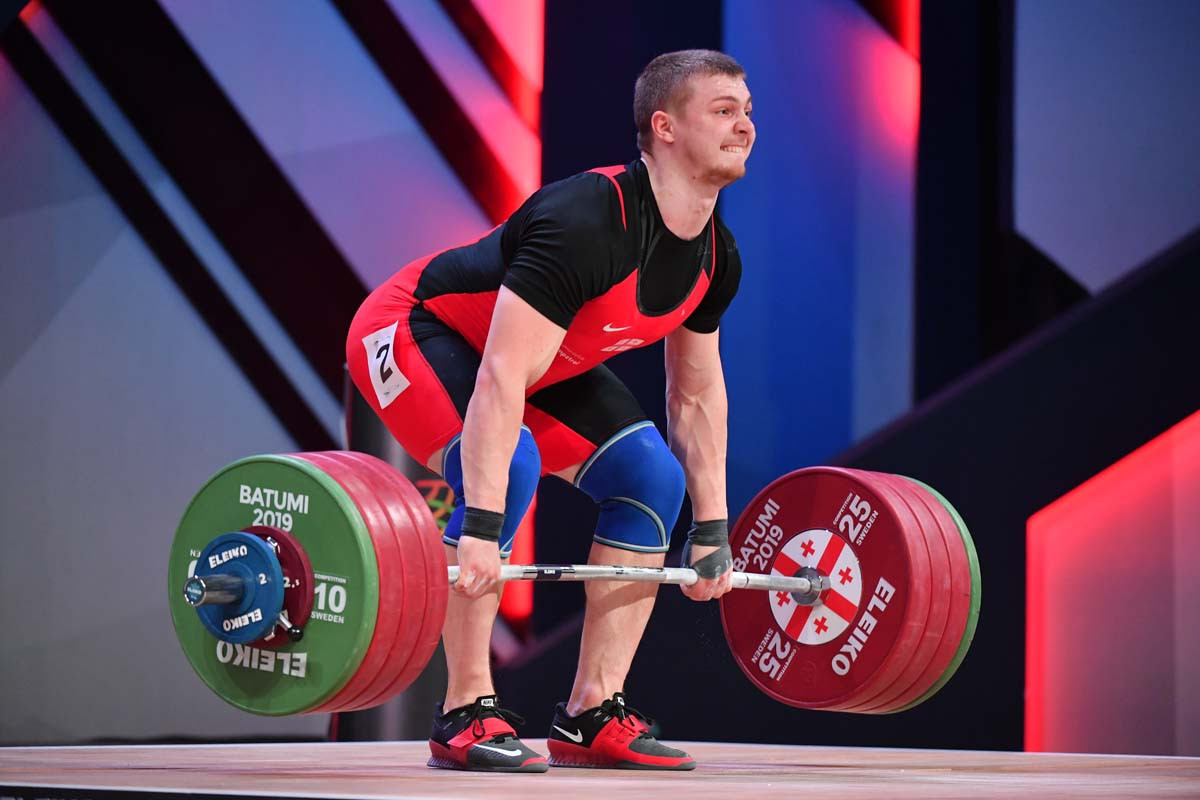 Anton Pliesnoi underlined his status as one of Europe’s top hopes for an Olympic weightlifting medal when he was a clear winner of the 96-kilogram continental title in Moscow.

His total of 393kg, only 1kg short of his career best, left Georgia’s Pliesnoi well clear of Petr Asayonak of Belarus and the Armenian Hakob Mkrtchyan who were respectively 19kg and 21kg behind.

The result will leave Pliesnoi as Europe’s leading contender in this category.

The outstanding young Belarus lifter Yauheni Tsikhanstou, a world champion at 102kg and winner of the 2019 European title with 400kg when he was only 20, was an absentee, having not competed for two years.

Pliesnoi, who started out competing for his native Ukraine, has improved significantly since he switched to compete for Georgia from 2018.

The 24-year-old puts his improvement down to a better training regime and conditions for athletes, being able to train alongside Lasha Talakhadze, and the expert coaching of Giorgi Asanidze who is "the best coach ever".

He describes the national team as "a family" in contrast to his experiences in Ukraine, and was immediately made welcome.

There was an emotional exit for one of the sport's great stalwarts, Jurgen Spiess of Germany.

Spiess, 37, a triple Olympian and a European champion way back in 2009, missed all his clean and jerk attempts and was close to tears before walking off the platform, perhaps for the last time.

Gaelle Nayo-Ketchanke of France, who broke her arm in two places while making a lift at the last European Championships in 2019, was a continental silver medallist for a fourth time.

In the women’s 81kg Nayo-Ketchanke, who will be 33 in a fortnight, could not catch the clear snatch winner Alina Marushchak.

Marushchak won Ukraine’s third gold of the European Championships, finishing 5kg clear on 236kg from Ketchanke - who returned from her injury after only five months - with Armenia’s Liana Gyurjyan third.

Armenia’s Simon Martirosyan, another of Europe’s leading medal hopes at the delayed Tokyo 2020 Olympic Games, is in action tomorrow in the men’s 109kg, one of three finals on the penultimate day of competition.