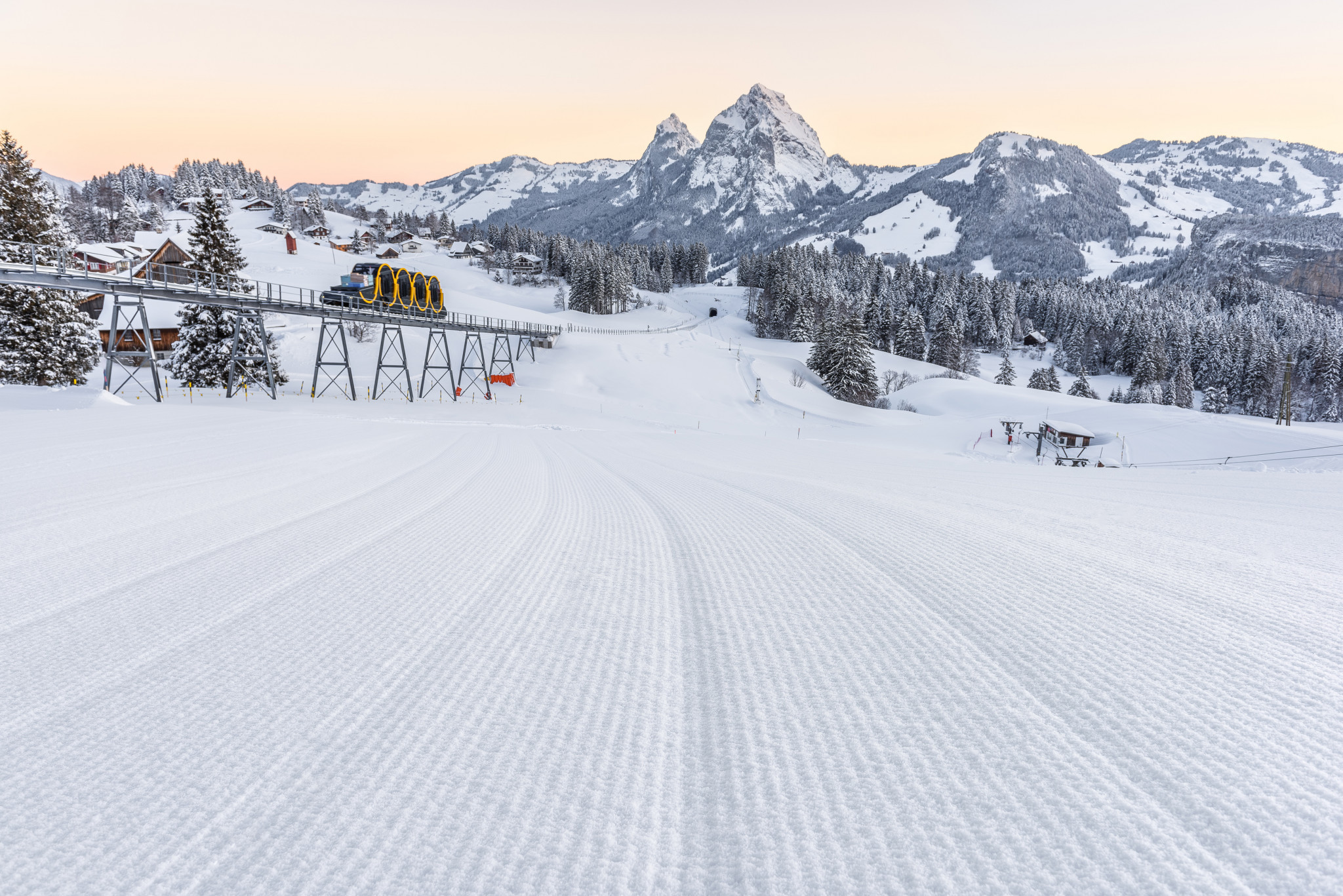 Organisers of the Lucerne 2021 Winter Universiade say the event is "back on track" as they announced an alteration to its budget and some venue changes.

Since announcing new dates for the 2021 Winter Universiade, following its postponement from January to December due to the coronavirus pandemic, organisers have been adjusting plans to suit the new dates of December 10 to 21.

The most significant changes announced are new venues for some of the Alpine skiing disciplines and the Closing Ceremony as well as an increase in the event’s budget.

Alpine skiing competition, previously scheduled to be held entirely in Stoos, will now be shared between Stoos and St Moritz.

The Super-G, giant slalom and slalom races are now due to take place in St Moritz on the course at Salastrains, which was used for racing during the 2017 Alpine Skiing World Championships.

Racing at St Moritz will enable Lucerne 2021 organisers to benefit from infrastructure, including safety features, timing and scoring equipment and broadcasting equipment, which will already be in place following women’s World Cup races, due to be held a few days before.

The Lucerne 2021 Closing Ceremony will now take place at the Bossard Arena in Zug, immediately after the men’s ice hockey bronze and gold medal matches, the only action scheduled for the final day of the Universiade.

Organisers have announced that a new budget for the event has been approved, of CHF 42 million (£33 million/$45 million/€38 million).

The new budget is an increase of just under 10 per cent on the original, with organisers saying factors including a shorter stay for competitors and the goodwill of partners have helped limit increases.

Lucerne 2021 managing director Urs Hunkeler said: "It is a privilege to have gained a second chance through the postponement and to have been able to give everyone involved something to aim for during this challenging time."

Hunkeler added he was delighted that all ten sports will remain on the programme for the rescheduled Lucerne 2021.

"It was never guaranteed for many reasons, such as the fact that the Olympic Games are scheduled in February 2022," he said.

"December 2021 was therefore selected as the best option for hosting the event. This was especially challenging for the snow sports due to the differing snow conditions."

Lucerne 2021 is scheduled to be the 30th edition of the winter multisport event, with around 1600 students aged between 17 and 25 from more than 540 universities in 50 countries set to participate.