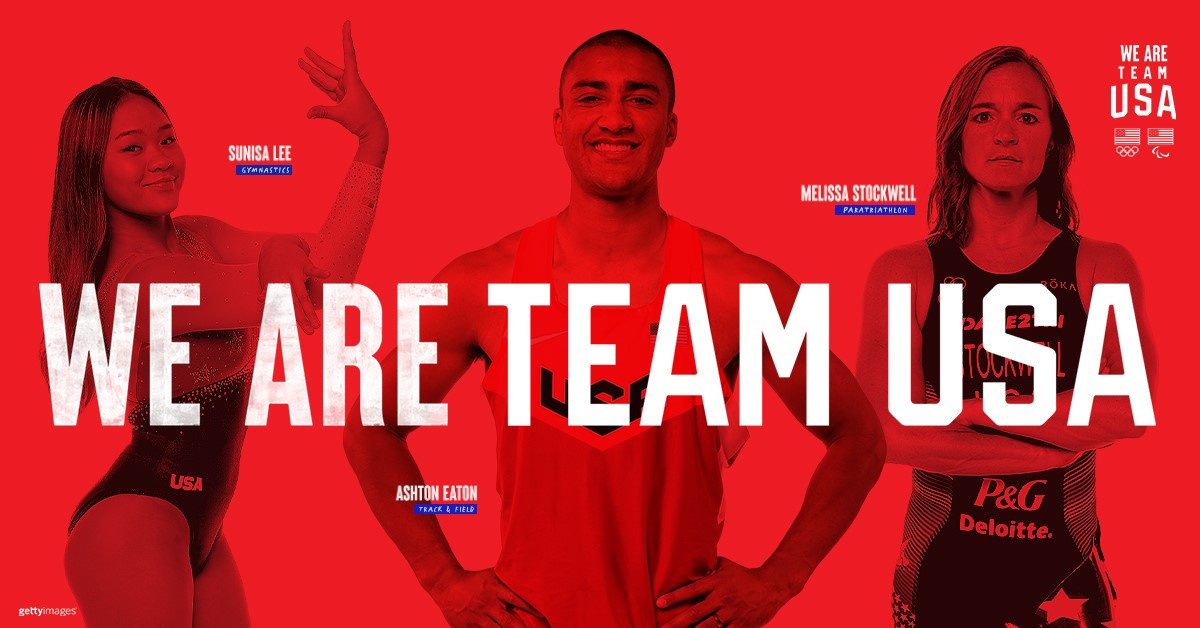 A new campaign recognising the diversity of America’s Olympic and Paralympic athletes, has been launched by the United States Olympic & Paralympic (USOPC) Committee.

It highlights the collective success and personal stories of US athletes, which it claims come from more of a range of different social and ethnic backgrounds and of different genders, sexual orientations than anywhere else in the world.

The new “We Are Team USA” campaign “honours the beauty of differences and individual experiences coming together to represent the best of American possibility”, the USOPC said in an announcement timed to coincide with 100 days until the start of the re-arranged Olympic Games in Tokyo.

“Team USA reflects the best of America and brings ambition, dedication and bravery to everything they do.”

During the next 100 days and throughout the Olympic and Paralympic Games, Team USA fans will discover more about their favourite athletes and the many faces and experiences that come together to compete for the country, it is promised.

Others set to star in the campaign are five-time Olympic gold medal winning swimmer Katie Ledecky and Lex Gillette, a long jumper who has won silver medals in the last four consecutive Paralympic Games.

You know us as athletes. We’re so much more. We are artists, activists, dreamers, and doers. And we are unstoppable. #WeAreTeamUSA pic.twitter.com/Op5FUQIaSy

“Our unique stories are what makes this team so amazing,” said Gillette.

“Each of us brings something different to the table but we all compete under the same flag.

“We represent so many cultures, abilities and backgrounds, and then come together as Team USA.”

“The person you see sharing her life on Instagram is the same person training to win a medal,” said two-time BMX World Championship gold medallist Hannah Roberts, who has qualified for Tokyo 2020.

“We are Olympians and Paralympians, but we’re also sisters, scholars, parents, artists, veterans and so much more.

“We all have special passions that make us who we are and connect us to our communities.”