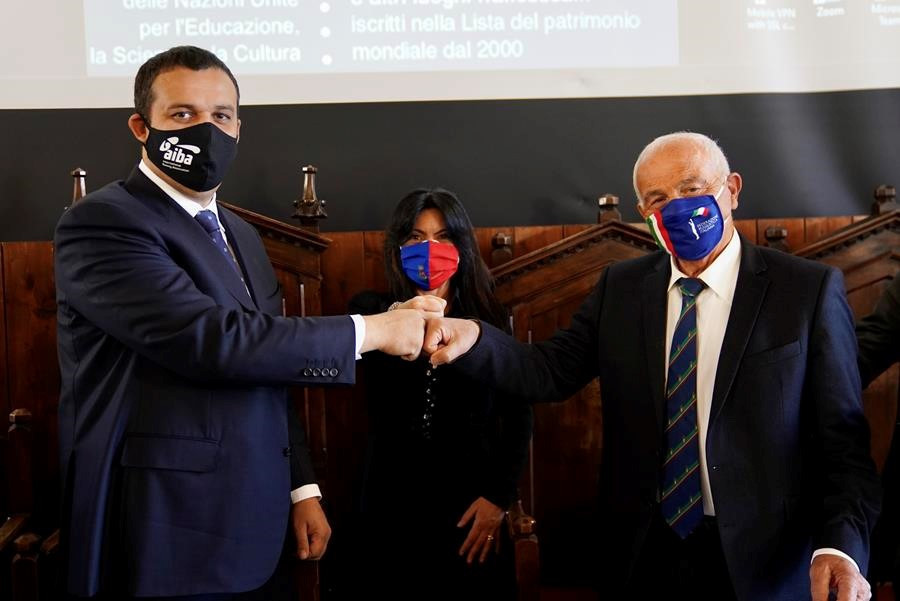 An official agreement on the establishment of the long-planned European Boxing Academy in Italy was signed today by International Boxing Association (AIBA) President Umar Kremlev.

Kremlev took a break from the AIBA Youth World Boxing Championships, which he had opened in in the Polish city of Kielce last night, to visit Assisi to meet the head of the city and region where the Academy will be located.

Educational programmes for boxers and coaches are among projects set to be delivered at the Academy.

Assisi Mayor Stefania Proietti underlined the close connection between boxing and the city of Assisi, where the national Italian training centre is based.”

“The foundation of the Academy is an important event for our city," Proietti said.

In the post-pandemic world, it will attract more and more sports fans and athletes.

“We are grateful to AIBA and the Italian Boxing Federation for this project.”

For EUBC President Franco Falcinelli, who has tried to gather support to make the Academy a reality for several years, the support from Kremlev is reward for backing him to lead AIBA when the election was held last December.

“Creation of the academy in Assisi is an essential part of AIBA and boxing in general renewal,” he said.

“The AIBA President is a leader who believes in the bright future of our sport.

“He came today to implement his obligation given during his election campaign.

“Assisi was chosen because our city always paid special attention to preparation for the Olympics and other international events.

“The priority task for sports managers is to fulfil dreams and expectations of boxers who represent their nation at competitions.”

Kremlev claimed that one of his main tasks is “the massive development of boxing in every country”.

He added: “Here in Italy the boxing culture has been preserved, I am glad that this is the place where the Boxing Academy will be built.

“Everyone will come and see the boxing culture.

“We create the Academy for our athletes and coaches.

“We must think about the future today.

“I am grateful to all my colleagues, the Italian Boxing Federation, the Government of the city and everyone involved in the process."