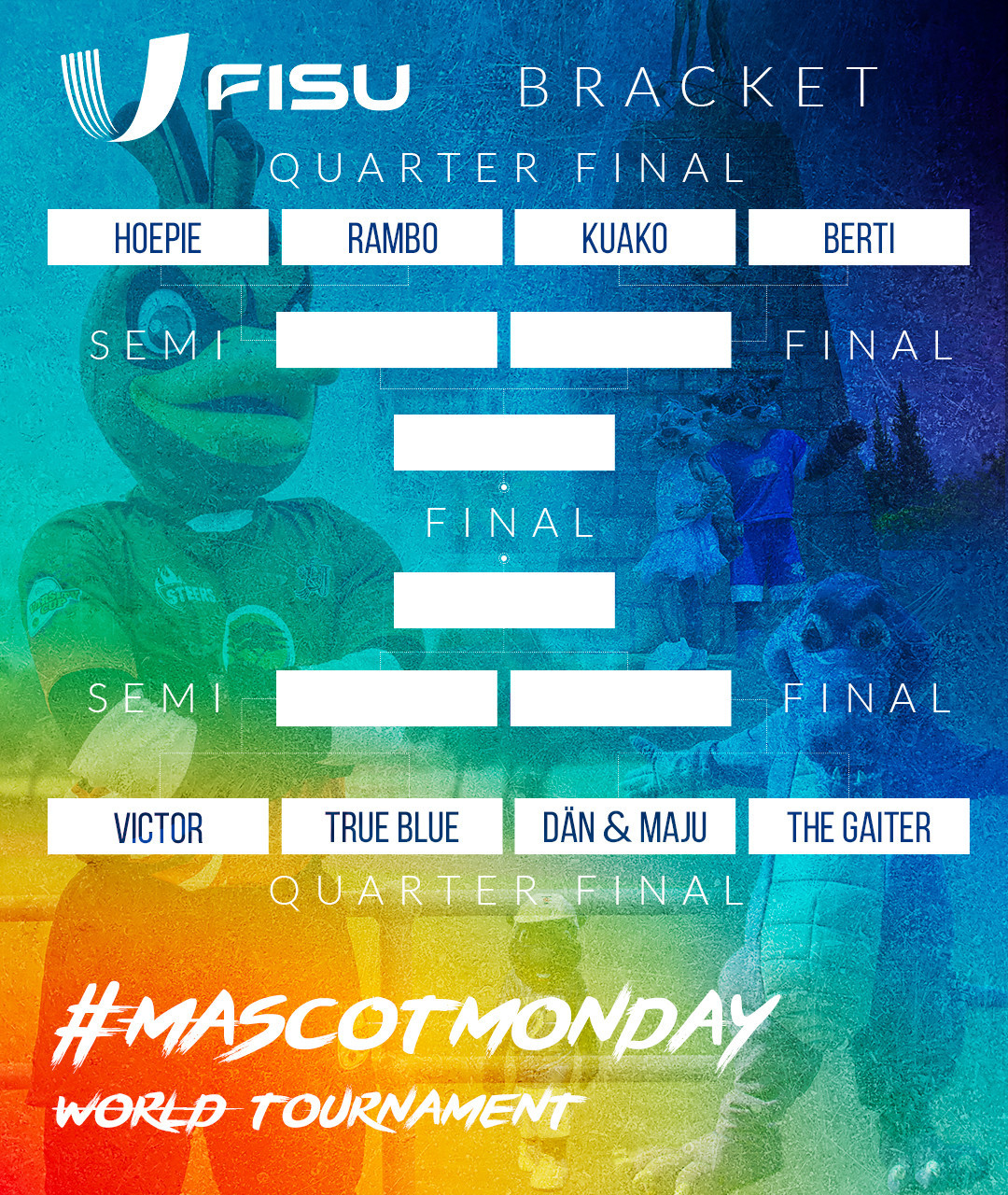 The International University Sports Federation (FISU) is bringing back its "#MascotMonday" campaign on social media - this time pitting the mascots of individual universities against one another.

Eight university mascots have been chosen for the next bracket, which will get underway on Monday.

Three are Canadian - True Blue, the University of Toronto's beaver, Victor the eagle from Laval University and The Gaiter, an alligator who represents Bishop's University and is a nod to the gaiters which bishops would historically wear on their legs.

Victor and True Blue will meet in the quarter-finals.

Hoepie, a University of Johannesburg hoopoe, which is a bird native to South African, Rambo the ram from New Zealand's Lincoln University and Berti the lion from the University of Wuppertal in Germany complete the eight hopefuls.

There will be a poll each Monday until only one mascot remains.