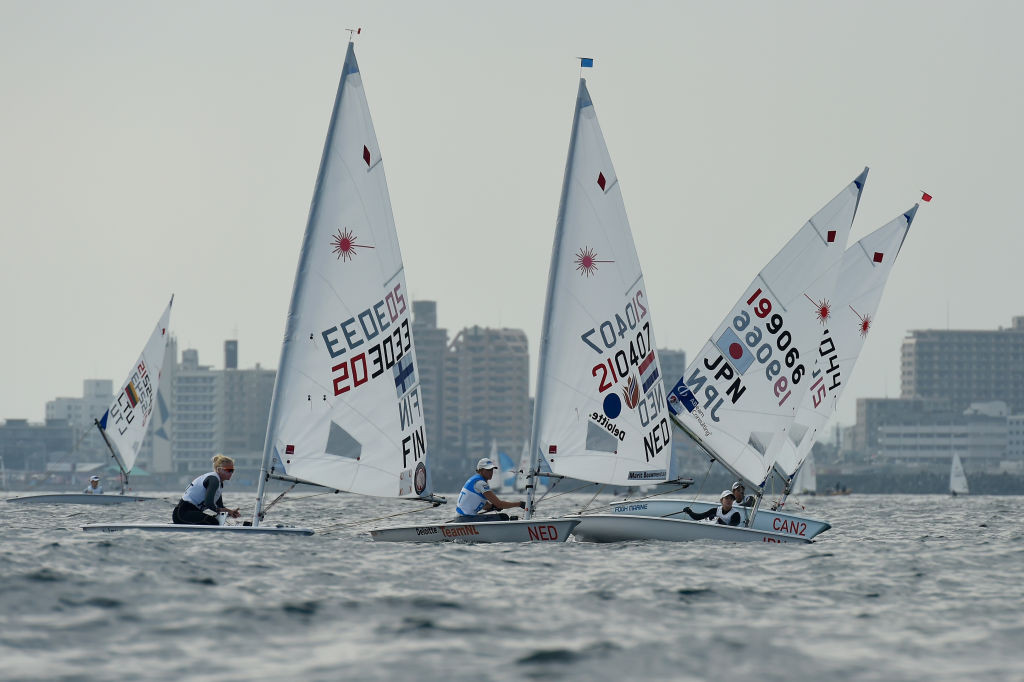 World Sailing chief executive David Graham has admitted there is a "distinct possibility" the sport will lose its 10th medal event at Paris 2024 if it fails to propose a suitable alternative to mixed offshore to the International Olympic Committee (IOC).

The IOC formally requested World Sailing put forward a different event to the controversial mixed gender offshore after uncovering three concerns with the discipline, including additional broadcasting costs and field of play security.

In a letter to the global governing body, the IOC set a May 26 deadline for World Sailing to send its alternatives to mixed offshore, which had been earmarked as the replacement for the Finn class.

Graham said the organisation would press ahead with its mixed offshore proposal - despite the "challenges" outlined by the IOC - but confirmed an alternative event would also be put forward.

He warned World Sailing "needs to get this right" otherwise the IOC could reject both mixed offshore, a mixed-gender two person event that involves boats racing on a long-distance course over three or four days, and the as yet unknown alternative, which would leave sailing with nine medal events at Paris 2024 instead of 10.

"Our responsibility is to deliver what the community has decided," Graham said during a media briefing today.

"The offshore is absolutely our preferred choice but if the IOC tell us it has not been accepted, we will go into the alternative process.

"We need to get things right for our athletes globally and minimise disruption for them and our Member National Associations."

Graham conceded the timeline given by the IOC was "tight" - it is less than six weeks way - and came during a time where the organisation was navigating the challenges posed by the postponement of the Tokyo 2020 Olympic Games.

World Sailing has asked for members to submit proposals for the alternative event from tomorrow until April 26.

Submissions will be published on April 30 before they are discussed by the Constitution, Events and Equipment Committee on May 10 to 11.

Recommendations are then set to be put forward to Council, which will make a decision during its May 14 meeting.

Ensuring gender equality is among the main criteria the alternative must meet if it is to be considered for inclusion by the IOC.

The IOC is due to confirm the sailing programme for Paris 2024 during its Executive Board meeting on June 8.

"This is very disappointing news and we are aware this upset will be widespread across our community if the decision doesn't go our way," Graham added.

"Now is the time for the World Sailing community to unite and work collaboratively.

"World Sailing is in an unprecedented position.

"We have clear guidelines from the IOC, and a hard deadline, within which we must agree upon proposed alternatives."

World Sailing's event programme for Paris 2024 has been the source of considerable controversy within the organisation for the best part of three years.

The decision to replace the Finn, the longest-serving one-person dinghy event on the Olympic regatta having featured at every Games since Helsinki 1952, with mixed offshore was passed by a single vote by the World Sailing Events Committee in November 2018.

It was approved at the World Sailing Council meeting in Sarasota six months later, although the vote and the way it was conducted has been the subject of criticism from officials at the global governing body.

The Olympic sailing regatta at Paris 2024 is set to take place in Marseille.