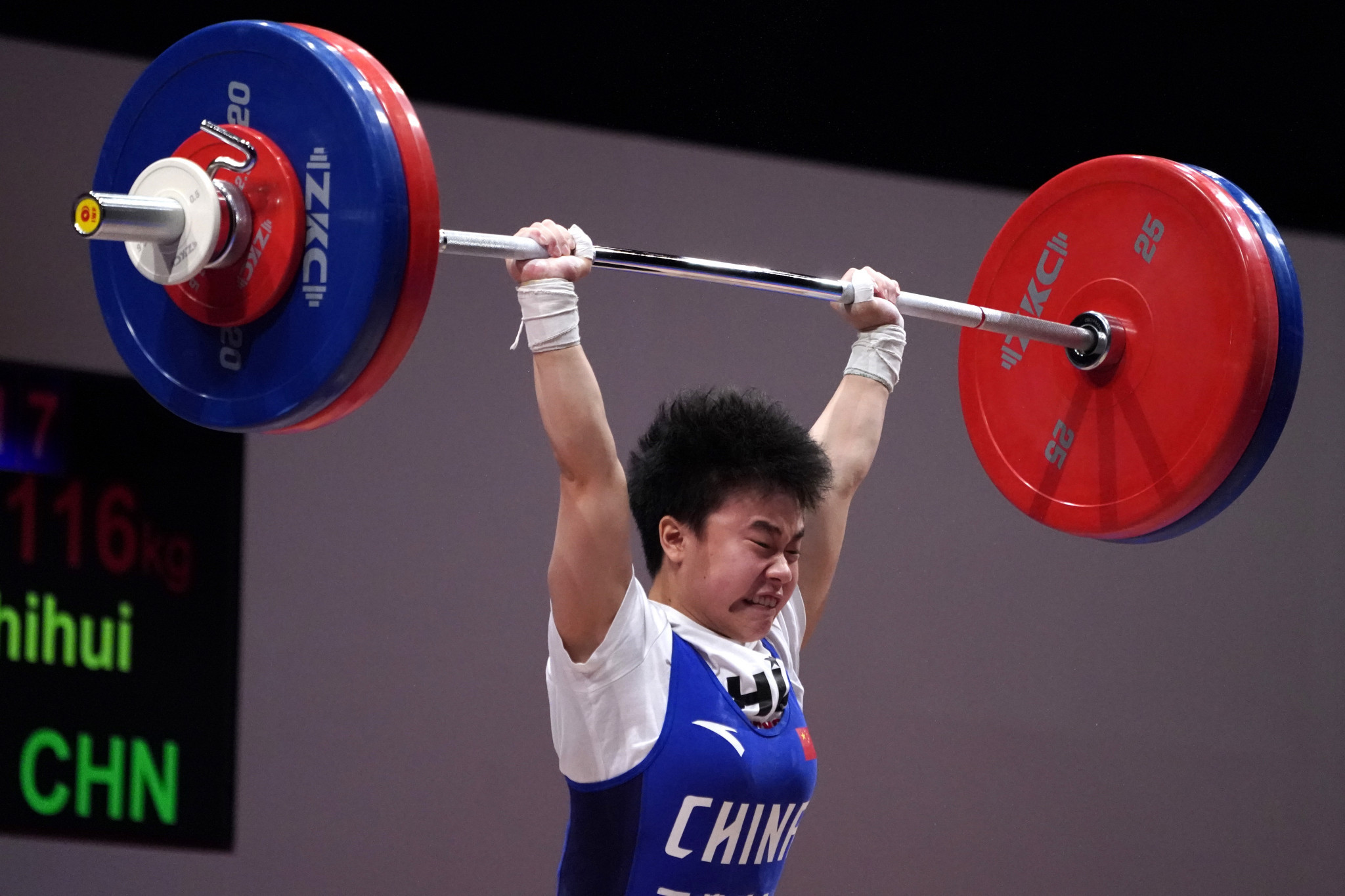 It would have been three world records if Li Fabin, a clear winner of the men’s 61 kilograms, had made either of his last two clean and jerk attempts of 176kg, but he failed both times.

The star of the first two days in the Uzbekistan capital was Hou Zhihui in the women’s 49kg, in which she set world bests in the snatch and on total.

There was a third world record in the same competition for India’s Mirabai Chanu, who set a clean and jerk best of 119kg - a weight she had never lifted before even in training, according to her coach Vijay Sharma.

Sharma’s advice to Mirabai was "to let China know that they won't just get to compete among themselves for the gold", he told Indian media, and he was happy that she did just that.

"The Chinese coaches were paying attention (to Mirabai)," he said.

It was a very impressive performance given that Mirabai had missed her opening two snatch attempts and, on 86kg, she went into the clean and jerk a long way behind.

Third place went to the home nation’s Muattar Nabieva on 213kg, with the Rio 2016 silver medallist Hidilyn Diaz, of the Philippines, fourth on 212kg.

There was disappointment for Kazakhstan when Zulfiya Chinshanlo could finish only fifth, on 210kg, after failing with her final two attempts.

Li Fabin, also a double world record holder at the weight, made 142-170-312, below his world best by 6kg but 24kg clear of his nearest rival Seraj Alsaleem of Saudi Arabia.

Yoichi Itokazu was third for Japan on 285kg, edging Son off the podium by 1kg.

Li’s victory meant that the first three finals in Olympic weight classes were all won by China.

The Asian Championships is a "gold" qualifying event for the delayed Tokyo 2020 Olympic Games.