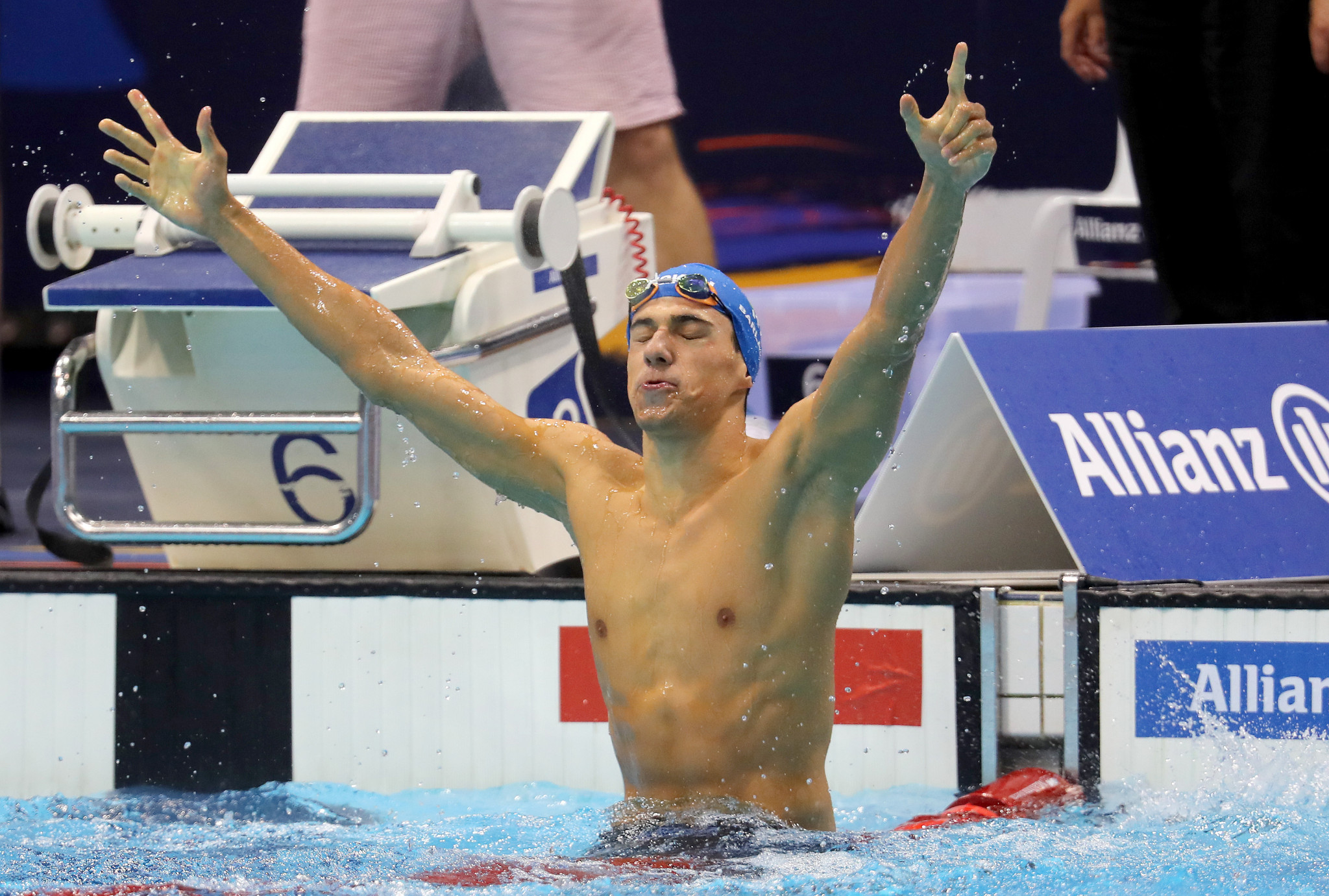 World champion Simone Barlaam claimed his second gold medal in as many days on day two of the World Para Swimming World Series meeting at Lignano Sabbiadoro in Italy.

Barlaam, who was part of a strong Italian squad for a meeting on home water claimed victory in the men’s 100 metres freestyle S1-13 category yesterday, and was looking to follow it up over the shorter distance.

Compatriot Antonio Fantin, who was runner-up in the 100m behind Barlaam yesterday claimed silver in the 50m as well, with the S6 swimmer scoring 969 points as he finished in 29.87.

This time the Italian monopoly on the medals was broken by Colombia’s Carlos Serrano Zarate, with the S7 swimmer earning bronze as he finished in 28.55, scoring 963 points in the process.

The silver medal went to Ihar Boki of Belarus, with the S13 swimmer earning 927 points as he crossed the line in a time of 4:06.52.

Bronze went to another Italian in the form of Alberto Amodeo, with the S8 swimmer earning 886 points as he crossed the line in 4:39.30.

In the women’s 50m freestyle S1-13, there was more Italian gold courtesy of Arjola Trimi, who also achieved a second gold medal in as many days.

After winning in the 100 metres freestyle yesterday, the S3 swimmer achieving a new European record over the shorter distance of 42.32, which scored her 1134 points.

Silver went to Maria Paula Barrera Zapata of Colombia with the S10 swimmer finishing in a time of 28.79 and scoring 934 points.

The bronze medal went to Anna Krivshina of Russia with the S13 swimmer finishing in a time of 27.63 and scoring 930 points.

Another Italian who achieved the feat of two golds in as many days was Carlotta Gilli, who triumphed in the women’s 100m backstroke S1-S2 and S6-14 category yesterday.

On the second day of the meeting behind closed doors at the Bella Italia Village Sports Complex, Gilli was competing in the 200m individual medley SM5-SM14.

The silver medal went to Russia’s Daria Pikalova, with the SM12 swimmer scoring 883 points as she finished in a time of 2:34.23.

Bronze went to Janina Falk of Austria, with the SM14 swimmer scoring 799 points as she finished in 2:41.09.