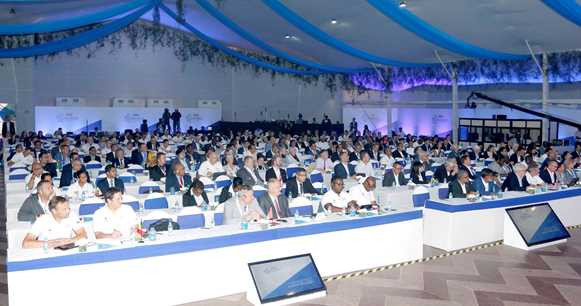 The International Hockey Federation (FIH) Presidential election will now be held virtually after the organisation abandoned plans to hold its Congress next month as a hybrid event because of the COVID-19 situation in India.

The FIH earlier this month had offered its members the chance to attend the Congress in person in New Delhi or remotely amid the restrictions placed on travel due to the coronavirus pandemic.

In a statement, the FIH Executive Board said it had decided to stage the event on May 22 online following a proposal from President Narinder Batra.

The decision was made "considering the latest information available about the current status of the COVID-19 pandemic, which is worrying both in India and in many other countries of the world, as well as the impact of this situation on international travel", the FIH said.

Royal Belgian Hockey Association (KBHB) President Marc Coudron, who is challenging Batra in the Presidential election, told insidethegames the plans to have officials attend in person was "dangerous" and described the hybrid proposal as "nonsense".

India is among the countries to have reported cases of new variants of COVID-19.

The nation has recorded more than 200,000 cases daily since April 15, with a record spike in infections overwhelming the healthcare system in New Delhi, where the FIH Congress had been due to take place.

The elective Congress had been scheduled for last year before it was postponed to 2021 because of the coronavirus pandemic.

The decision to push back the meeting extended Batra's term as President.

Hockey's worldwide governing body had hoped to hold the entire Congress, where four places on the Executive Board are up for grabs, in person before changing its plans due to the COVID-19 crisis.

insidethegames exclusively revealed in February that Batra would stand for a second term as President.

Batra, who is head of the Indian Olympic Association and a member of the International Olympic Committee, has led the FIH since 2016.

Coudron remains Belgium's most-capped international hockey player, having made 358 appearances for his country.

The 51-year-old has also played a key role in helping to put Belgium on the Olympic stage and challenge for medals after becoming the head of the KBHB in 2005.

The winner of the election will serve as President until 2024 after the FIH shortened the second term from four years to three following the postponement of the 2020 Congress.