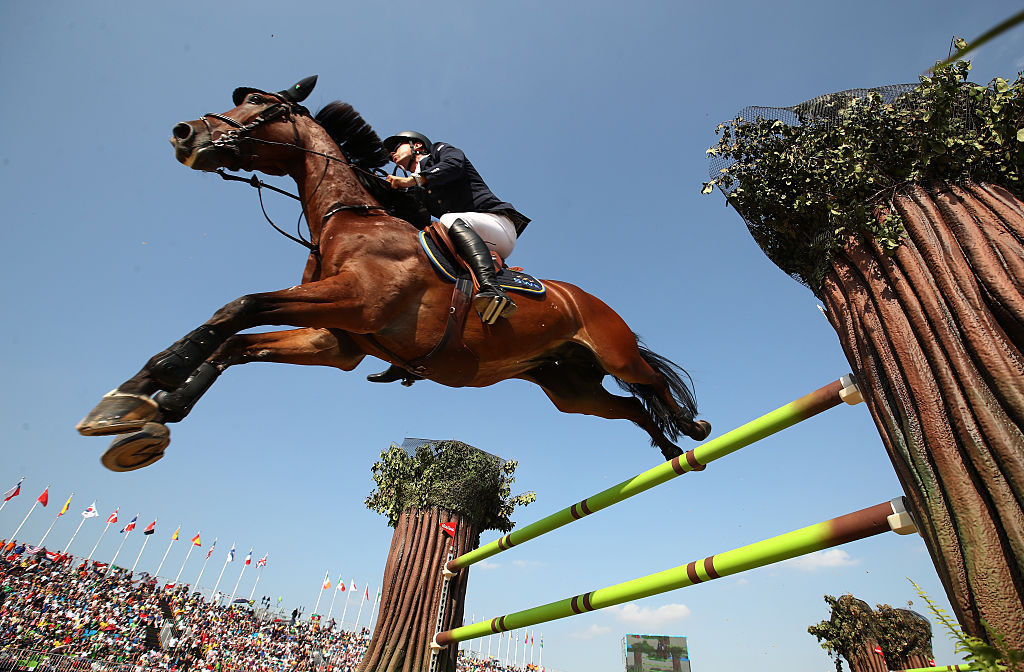 Sri Lanka has earned an individual Tokyo 2020 quota place in jumping following a successful appeal to the Court of Arbitration for Sport (CAS).

A decision by the International Equestrian Federation (FEI) to annul results from its events at Villeneuve-Loubet in France, that concluded in January 2020, has been successfully challenged.

While the CAS accepted that FEI rules had not been followed, it pointed out that this had been the fault of the international governing body for wrongly allowing the competitions involved to go ahead, and cited "human error".

Consequently, the jumping rankings have been recalculated and there are also changes to the individual quotas for this year's Olympic Games.

Sri Lanka, thanks to the reinstatement of results achieved by its rider Mathilda Karlsson in France, now has an individual place for Tokyo.

Hong Kong, which had been allocated an individual slot for jumping following the removal of the Villeneuve-Loubet results, is now the first reserve in Group G.

The FEI said the decision was based on the findings from an investigation launched by the governing body after concerns were raised about the integrity of the competitions.

The investigation established that, contrary to the FEI rules, two competitions counting for the Olympic rankings were added at each of the three December 2019 events after the respective definite entries deadlines.

The updated schedules for these events were submitted by the French Equestrian Federation (FFE) and were mistakenly approved by the FEI.

In approving the appeal, jointly launched by the Sri Lankan National Equestrian Federation, Karlsson and Romania's Andrea Herck after their appeal to the FEI Tribunal in June 2020 was rejected, the CAS panel ruled that it was not the purpose of Article 112.3 of the FEI General Regulations "to allow the FEI to retroactively rectify mistakes which entirely stem from its own sphere", referencing the "human error" which resulted in approval of the updated schedules.

The panel referred to the two-stage approval process - national federation and the FEI - which should ensure that "only those schedules are approved which are compliant with the relevant rules and regulations for FEI events".

While acknowledging that there had been a violation of FEI rules, the panel declared "the rule violation would never have occurred without the FEI's erroneous authorisation of the updated schedules".

"The organiser could not have implemented the updates without permission of both the FFE and FEI," CAS said.

The panel ruled that as the FEI had failed to establish "justified circumstances" for the removal of the competitions, the prerequisites of Article 112.3 were not fulfilled and that, as a consequence, the FEI decision as well as the appealed decision of the FEI Tribunal, are "unlawful and must be reversed".

"This is a very disappointing result for the FEI, but we respect the decision as we knew that mistakes were made and the CAS decision is based on that," FEI secretary general Sabrina Ibáñez said.

"When we decided to annul the Villeneuve-Loubet results in order to do the right thing from a sports integrity perspective, we knew there was a possibility we could lose this case on appeal, but we agreed it was a risk worth taking.

"However, we have been proactive in addressing the issues and in February 2020 implemented the online invitation system for FEI jumping events that introduced a quota system for CSI 2* for the first time, but the rules were not in effect at the time of the events in question.

"In addition, organisers of CSI2* events that wish to include competitions counting for the Longines rankings must now invite a minimum of 50 athletes and the FEI is also reviewing the scale of Olympic ranking points based on the number of participants in competitions."