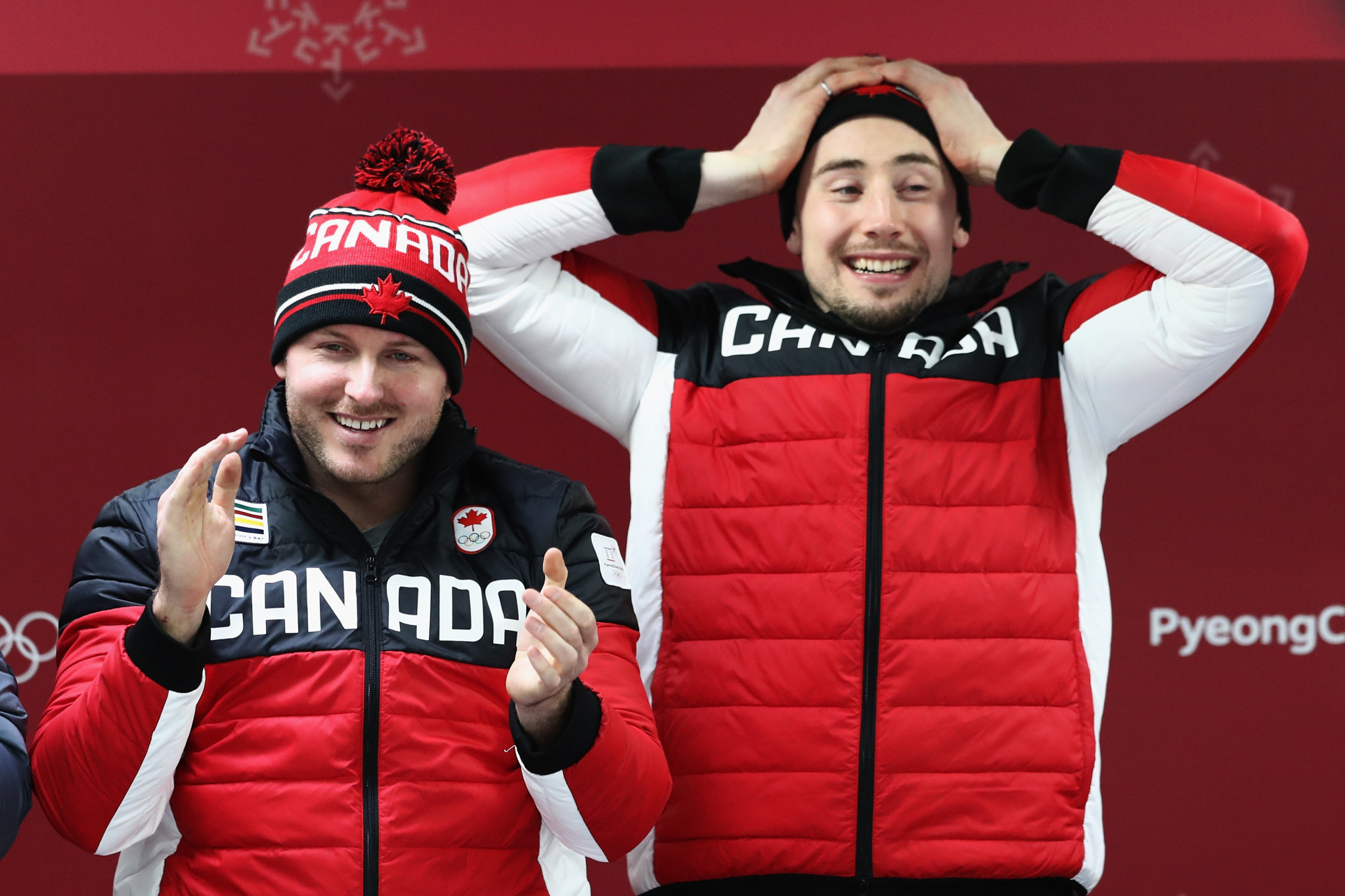 Canadian Olympic bobsleigh champion Alexander Kopacz said he had "never felt so close to my own death before" as he battles with COVID-19 in hospital.

Kopacz, who claimed gold in the two-man bobsleigh event at the 2018 Winter Olympics in Pyeongchang, was admitted to London University Hospital in the Canadian state of Ontario on Wednesday (April 21), where he was hooked up to oxygen to help him breathe.

The 31-year-old said his condition was improving thanks to taking Tocilizumab, a drug used to treat COVID-19 patients.

"I've never felt so close to my own death before," Kopacz told The Canadian Press.

"I'm getting more of my breathing back.

"My coughing is severely minimised."

Kopacz admitted he was "really scared" before being admitted to hospital and said he was unaware of how much oxygen he was losing.

"Just a relentless high fever with uncontrollable coughing and everyday was the same, it wasn't getting better," Kopacz told CBC News.

"It was either getting worse or just the same.

"They did a series of scans and they saw how much stuff I had in my lungs and started recommending more puffers.

"No matter what they'd do, it didn't help.

"It sneaks up on you.

"You get hypoxic, you lose touch with reality, your will starts to break.

"It's an invisible assailant, it's just beating the crap out of you no matter where you put your hands up - you can't block it."

Kopacz said he was unsure how he contracted coronavirus but was keen to stress the seriousness of the illness and urged Canadian citizens to adhere to the rules.

"It's not a joke," said Kopacz, who has yet to be vaccinated against COVID-19.

"When I see people with the mask half off their nose now, or even that conspiracy rhetoric, I don't know that I could even contain my rage right now.

"It hasn't been and it still isn't a joke and the reason it is constantly doing its loop is because we aren't actually doing our own due diligence."

Almost 8,000 people have died from coronavirus in Ontario since the start of the pandemic.

"I see a lot of really good nursing staff and doctors that are still in excellent spirits even if they are faking it," added Kopacz.

"You can see how much people are suffering, I can see there's a challenge between offering resource availability and what can be offered right this second."

Kopacz made his Bobsleigh World Cup debut in the 2014-2015 season before competing in his first World Championships in 2015.

After teaming up with pilot Justin Kripps, the pair earned four World Cup podiums to win the overall crystal globe in 2018.

They then went on to capture gold in the two-man event at the 2018 Winter Olympics after tying with the German team of Francesco Friedrich and Thorsten Margis.