Birmingham's 35 miles of canals is said to be more than Venice.
Only London has more Michelin Star restaurants in the UK than Greater Birmingham, with the latter boasting six.
Famous chocolate brand Cadbury was founded in the city, with its dark chocolate bar “Bournville” named after the village of the same name.
Approximately 90 per cent of the UK population can reach Birmingham within four hours of driving.
Although Lord of the Rings and The Hobbit were set in Middle Earth, many of the characters and locations were based on Birmingham, where author J.R.R. Tolkien grew up.
Sutton Park in Birmingham is one of the largest urban parks in Europe.
The modern version of lawn tennis can be traced back to Edgbaston in Birmingham.
Inventor James Watt developed his steam engine in Birmingham, putting into motion the start of the Industrial Revolution in the United Kingdom.
Birmingham is one of the most diverse cities in Europe, and is reportedly home to 187 nationalities.
Birmingham’s Black Sabbath are often considered as the first heavy metal band.
The Hippodrome in Birmingham is the busiest theatre in the UK, with more than 520,000 visitors a year.
Approximately 40 per cent of the UK’s jewellery comes from Birmingham’s Jewellery Quarter.
Birmingham is Europe’s “youngest” major city, with around 40 per cent of the population under the age of 25.
Indian and Pakistani immigrants created the famous Balti curry dish in Birmingham in 1971, with the city boasting more than 100 Balti Houses.
Athletes like Formula One world champion Nigel Mansell and Paralympic swimming champion Ellie Simmonds have called Birmingham their home.
Arena Birmingham - which will host the gymnastics at the 2022 Commonwealth Games - hosted the 1998 Eurovision Song Contest.
Birmingham’s iconic Bullring shopping centre is the biggest of its kind in a UK city centre.
Birmingham’s famous multi-road interchange called “Spaghetti Junction” connects motorways and other parts of the city.
The Birmingham Museum and Art Gallery has the world’s largest collection of Pre-Raphaelite paintings.
The anchor of the Titanic was created in the Black Country, part of the West Midlands.
The FA Cup, the oldest national football competition in the world, had its trophy made in Birmingham, with the original stolen in 1895 and never recovered.
Murder mystery board game Cluedo was invented in 1943 in Birmingham, by Anthony E. Pratt.
The first-ever hole-in-the-heart surgery took place in 1950 in Birmingham’s Children Hospital.
Birmingham is home to five universities - University of Birmingham, Aston University, Birmingham City University, Newman University and University College Birmingham.
The nearby town of Solihull was given its name as it was the hill where Birmingham residents dumped their soil, known as “Soily Hill”.
The Library of Birmingham is the biggest in the UK.
With a large Asian population, Birmingham has the biggest Bollywood cinema centre in Europe, with six of the 30 screens at the Star City complex dedicated to Bollywood.
The city’s nickname “Brum” is thought to come from the name Brummagem.
97 councillors sit on Birmingham City Council.
Birmingham’s St Patrick’s Day parade is thought to be the third largest in the world behind New York City and Dublin.
Birmingham is the most “inland” major city in the UK and is nearly two hours drive away from the nearest beach.
Birmingham is the second most visited english city outside London for overseas visitors.
Birmingham has 571 parks - more than any other European city of similar size.
Birmingham has the highest Muslim, Sikh and Buddhist populations in the UK outside London.
The longest-established “building-based” theatre is in Birmingham - the Birmingham Repertory Theatre.
The UK’s largest two-day LGBT festival is Birmingham Pride.
The Football League - the world’s first league football competition - was founded by Birmingham resident and Aston Villa Football Club director William McGregor in 1888.
The city has hosted the World Indoor Athletics Championships, the World Half Marathon Championships, Diamond League Athletics and the British Athletics Championships, with UK Athletics based at Alexander Stadium.
The Electric in Birmingham is the oldest working cinema in the UK, dating back to 1909.
Birmingham has nine sister cities including Lyon, Frankfurt, Milan, Chicago and Johannesburg.
Birmingham has a Chinese Quarter which was officially recognised in the 1980s, following a few decades of migration from Hong Kong.
Popular UK drama Peaky Blinders is based on a gang from the city, who roamed Birmingham in the late 19th and early 20th century.
Birmingham was the United Kingdom’s candidate city for the 1992 Summer Olympics, which eventually went to Barcelona.
Birmingham has close ties with athletics and some big stars train or come from the city or surrounding areas. Mark Lewis-Francis was born in Birmingham while Olympic heptathlon champion Denise Lewis is from neighbouring West Bromwich.
Although Birmingham City and Aston Villa are the only major football clubs in the city of Birmingham, Premier League clubs Wolverhampton Wanderers and West Bromwich Albion are within 15 miles of the city centre - as is the Football League’s Walsall.
Inventor and pioneering industrialist Matthew Boulton, who lived in Birmingham in the 1700s, was richer than Bill Gates when adjusted for inflation.
The author of the popular children’s book and television series Thomas the Tank Engine, Wilbert Awdry, invented the famous characters while working at Birmingham’s St. Nicholas’ Church to amuse his son Christopher who was ill with measles.
From 1986 to 1990, Birmingham held an annual motorsport race in the city centre - which featured future Formula One drivers including Ferrari’s Jean Alesi.
Previous Next 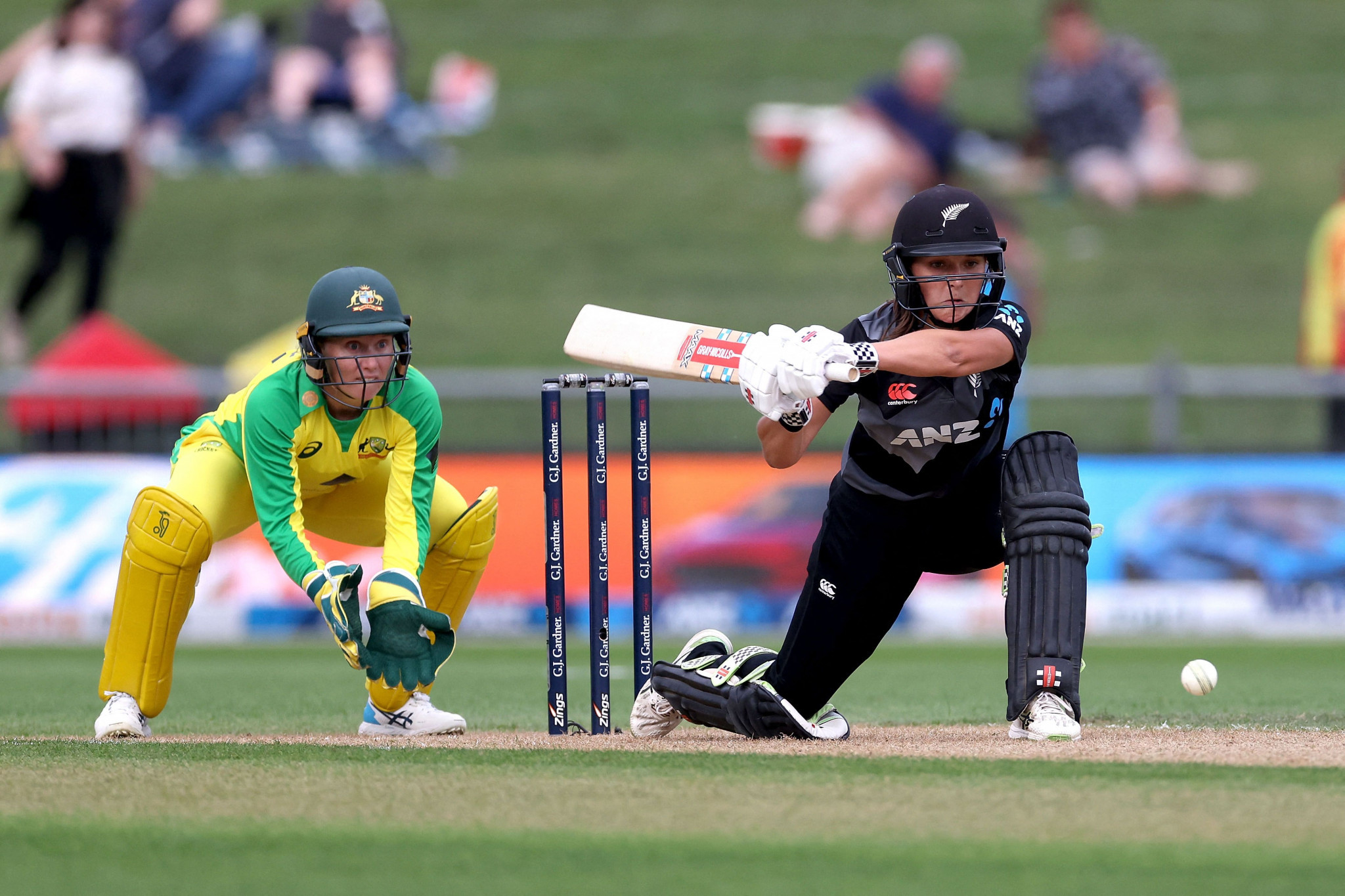 Six of the eight teams that will compete in the women's Twenty20 cricket tournament at the Birmingham 2022 Commonwealth Games are now known after the International Cricket Council (ICC) and the Commonwealth Games Federation (CGF) announced all but two of the qualified nations.

World champions Australia, India, New Zealand, Pakistan and South Africa have all qualified for the event based on their world rankings and join hosts England in the competition.

The West Indies' ranking has also earned a country from the Caribbean a place at the Games, with a designated qualification event set to determine who that is.

Ten sovereign states make up the Windies, plus a number of British, Dutch and American overseas territories, meaning the team itself is not eligible to appear at the Commonwealth Games, but many of the constituent countries are.

A global qualification tournament, supposed to be held before the end of January 2022, will decide the final berth.

"Cricket is a sport that is synonymous with the Commonwealth and we are so excited to have it back in the Games for the first time since the men’s competition at Kuala Lumpur 1998.

"The debut of women’s T20 cricket will be an historic moment for Commonwealth Sport and a wonderful showcase for women’s sport across the world.

"Congratulations to the teams that have now booked their spot to compete at the iconic Edgbaston Stadium for what I am certain will be an unforgettable tournament."

Birmingham 2022 will be the first major multi-sport event to award more medals to women than men.

There will be 136 medal events for women in the English city, compared to only 134 for male athletes.

The cricket tournament will be played at Edgbaston, one of England's premier cricket grounds.

"We are incredibly proud and excited to be part of Birmingham 2022 and it is a fantastic opportunity for us to continue to grow the women’s game globally," said the ICC's acting chief executive, Geoff Allardice.

"We are committed to maintaining the momentum that saw 86,174 fans packed into the Melbourne Cricket Ground for the final of the ICC Women's T20 World Cup last year and Birmingham 2022 gives us another global stage on which to showcase the women’s game.

"On behalf of the ICC and its Members, I thank the Commonwealth Games Federation for their support and look forward to seeing some superb cricket at Edgbaston."

The Board of Control for Cricket in India (BCCI) resolved earlier this month to send a team to Birmingham 2022 - a boost to organisers, given India did not take part when cricket was on the Asian Games programme in 2010 and 2014.

India captain Harmanpreet Kaur said it was "great to be confirmed a place in the Commonwealth Games".

"We are raring to go, confident of doing well after having made the final of the ICC Women’s T20 World Cup in Australia last year," added Kaur.

"It is an awesome opportunity for both the women’s game and cricket to make a mark at the prestigious multi-discipline Games and we hope to return with loads of good memories."

Cricket is the first sport to announce qualifying teams for the Birmingham 2022 Commonwealth Games.