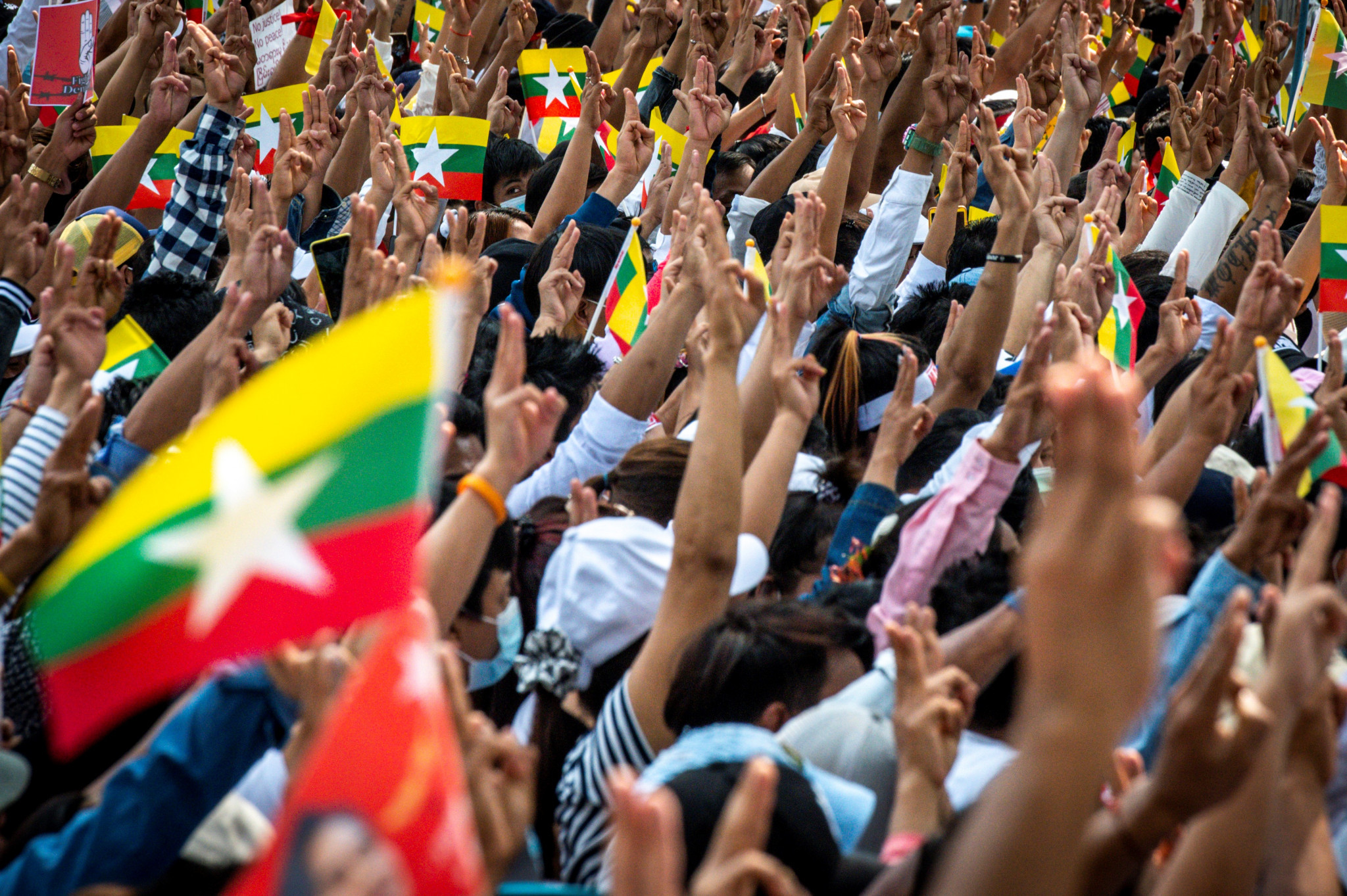 Myanmar swimmer Win Htet Oo has said he will skip the Tokyo 2020 Olympic Games to protest against the military coup in his country.

The nation's leader Aung San Suu Kyi and members of her National League for Democracy party were overthrown in February in the coup and have been detained by the military.

The coup followed a landslide victory for Suu Kyi’s party at the general election in February, with the military having backed the opposition and alleged widespread fraud.

Military commander-in-chief Min Aung Hlaing has taken power, with the armed forces having been internationally condemned for violence against protestors.

More than 700 people have reportedly been killed during the military crackdown on protestors.

Swimmer Win Htet Oo, writing on Facebook, announced he will not compete at the Tokyo 2020 Olympic Games due to the "indiscriminate killings".

He highlighted the case of 19-year-old taekwondo athlete Ma Kyal Sin, who was shot and killed in protests in the city of Mandalay.

"It is my assertion that the MOC has forfeited all of its responsibilities for the Olympic Movement and is there and illegitimate organisation," he wrote.

"It is my hope that the IOC refuse to acknowledge the MOC as the rightful organisation responsible for the Olympic Movement in Myanmar and I warn that any continued association with irrevocably tarnish the IOC’s good standing.

"To accept the MOC as it is currently led is to recognise the legitimacy of a murderous regime."

"I would like to officially announce, as a Myanmar national athlete, my disavowal of the MOC," the letter continued.

"I do not wish to participate in the Tokyo Games under the stewardship of a NOC that is tied to a regime that continues to inflict suffering on my people.

"After two decades of competitive swimming, two decades of living in harmony with the values of Olympism I may be saying goodbye to a dream I’ve had since I first learned to swim.

"Standing tall amongst the worlds greatest athletes in equal terms I will not, but just as well I shall not march in the parade of nations under a flag steeped in my people’s blood.

"The day will come when the Olympic Movement can enrich the lives of Myanmar’s people.

"It will not be under this regime but only under a federal democracy where a free MOC can envision a future where sport, culture and education are blended for a new pedagogy that will herald in an age of freedom."

Win Htet Oo had qualified for Tokyo 2020 after meeting the qualifying standard at the Southeast Asian Games in 2019.

By recording a time of 22.62 seconds in the men’s 50 metres freestyle, he became the first Burmese swimmer to have met the qualifying standard for the Olympic Games.