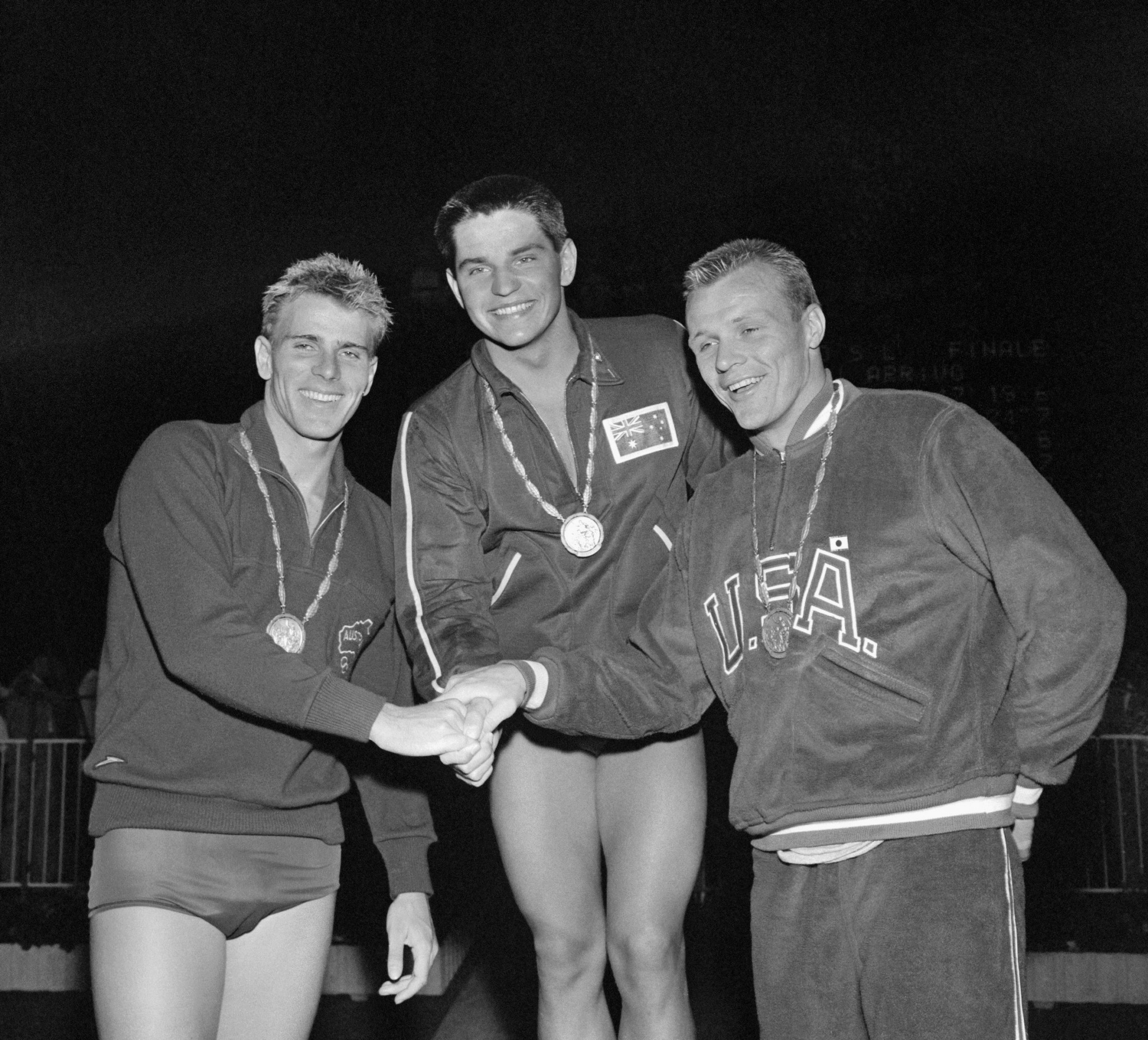 Konrads set 26 world records during his career across 200 metres to 1500m events.

Konrads was born in Riga and emigrated with his parents Janis and Elza, grandmother, and sisters Eve and Ilsa in August 1944.

The family initially moved to Germany where they lived until 1949, before being denied immigration to the United States due to the size of the family.

The family ultimately moved to Australia.

Konrads suffered polio as a child and was introduced to swimming for therapeutic benefit.

AOC President John Coates said the story of the ‘Konrads Kids’ was an inspirational example of opportunity meeting talent and determination.

"John and Ilsa came here as migrant kids from Latvia with John particularly using the swimming pool to overcome the debilitating impacts of polio," Coates said.

"Spotted and trained by the great Don Talbot, who we lost only six months ago, the pair blossomed into sporting prodigies.

"It’s extraordinary to think he smashed those world records aged only 15, but like so many Olympians, he grew into a champion away from sport.

"Following his time as a coach, he enjoyed considerable success in the business world, inspired other Olympians to think about life after sport and was prominent in raising awareness of bipolar disorder, an affliction he suffered.

"That was John Konrads.

Konrads was viewed as having significant contributions for Brisbane’s bid for the 1992 Games, Melbourne’s bid for 1996 and ultimately Sydney’s successful bid for 2000.

After retiring from swimming Konrads became a swimming coach and following a marketing degree rose to the Australasian directorship of L'Oréal.