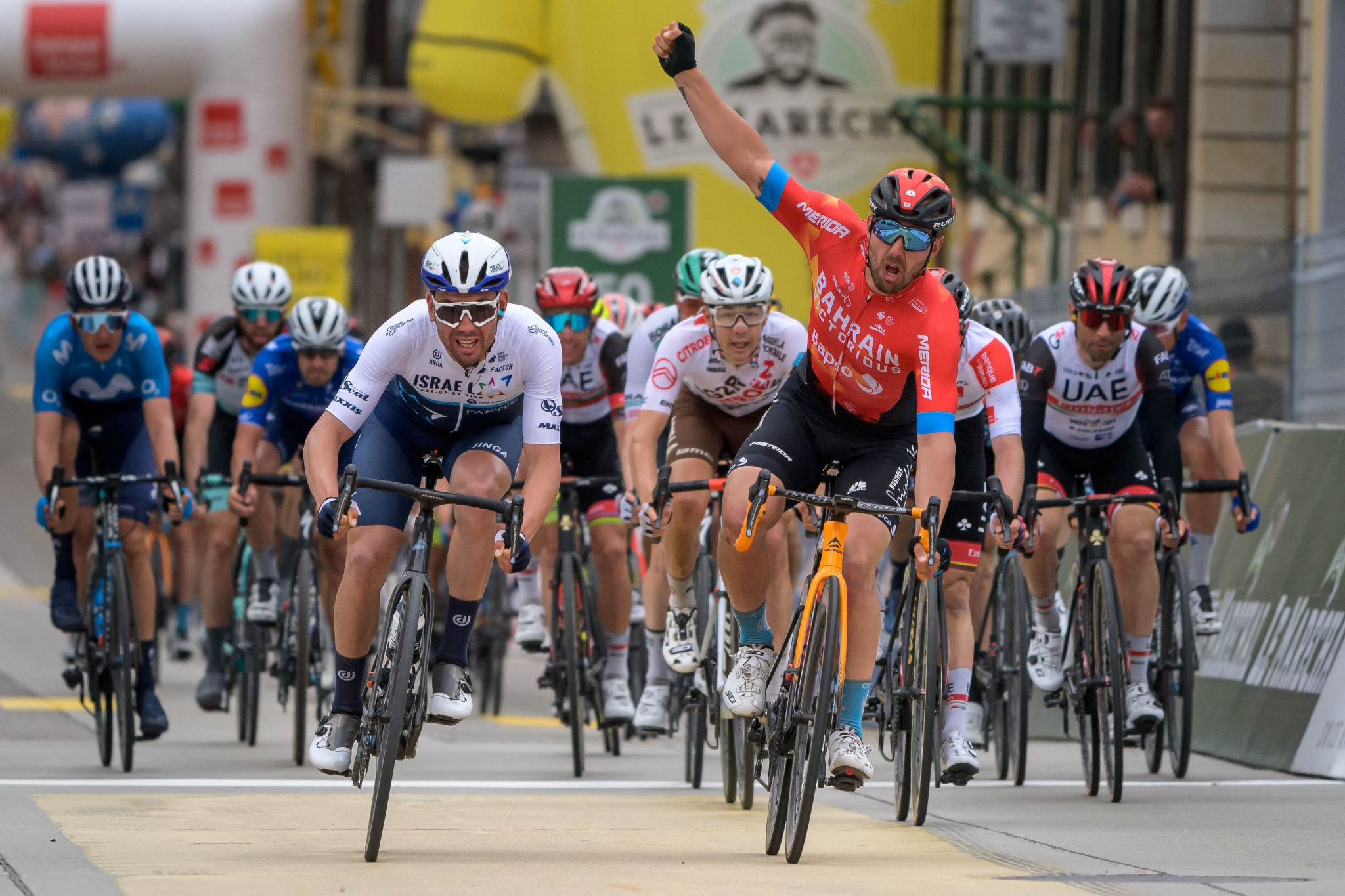 Italy’s Sonny Colbrelli earned his first victory of 2021 after surviving the climbs on the second stage of the Tour de Romandie to triumph in a reduced sprint finish.

Ineos Grenadiers successfully controlled the general classification battle throughout the stage, with the team ensuring a potentially dangerous early breakaway was ultimately caught prior to the finish.

Race leader Rohan Dennis proved key for Ineos Grenadiers in the closing kilometres as he led the final ascent of La Vue-des-Alpes, the final climb of the day.

The climb reduced the group in size, with several sprinters unable to maintain contact, including yesterday’s stage winner Peter Sagan of Slovakia.

Colbrelli was among the sprinters to reach the top of the climb in the leading group, with the Bahrain Victorious rider able to recuperate on the descent to the finish.

The Italian made the most of the depleted sprint field by finishing fastest to claim the stage victory in 4 hours 21min 42sec.

Bevin muscled in on the Ineos Grenadiers stranglehold of the race, with Britain’s Geraint Thomas and Richie Porte of Australia both dropping one place to lie third and fourth respectively.

The duo are nine seconds behind their teammate Dennis.

The third stage will see riders tackle a 168.7 kilometre hilly course, which starts and ends in Estavayer.