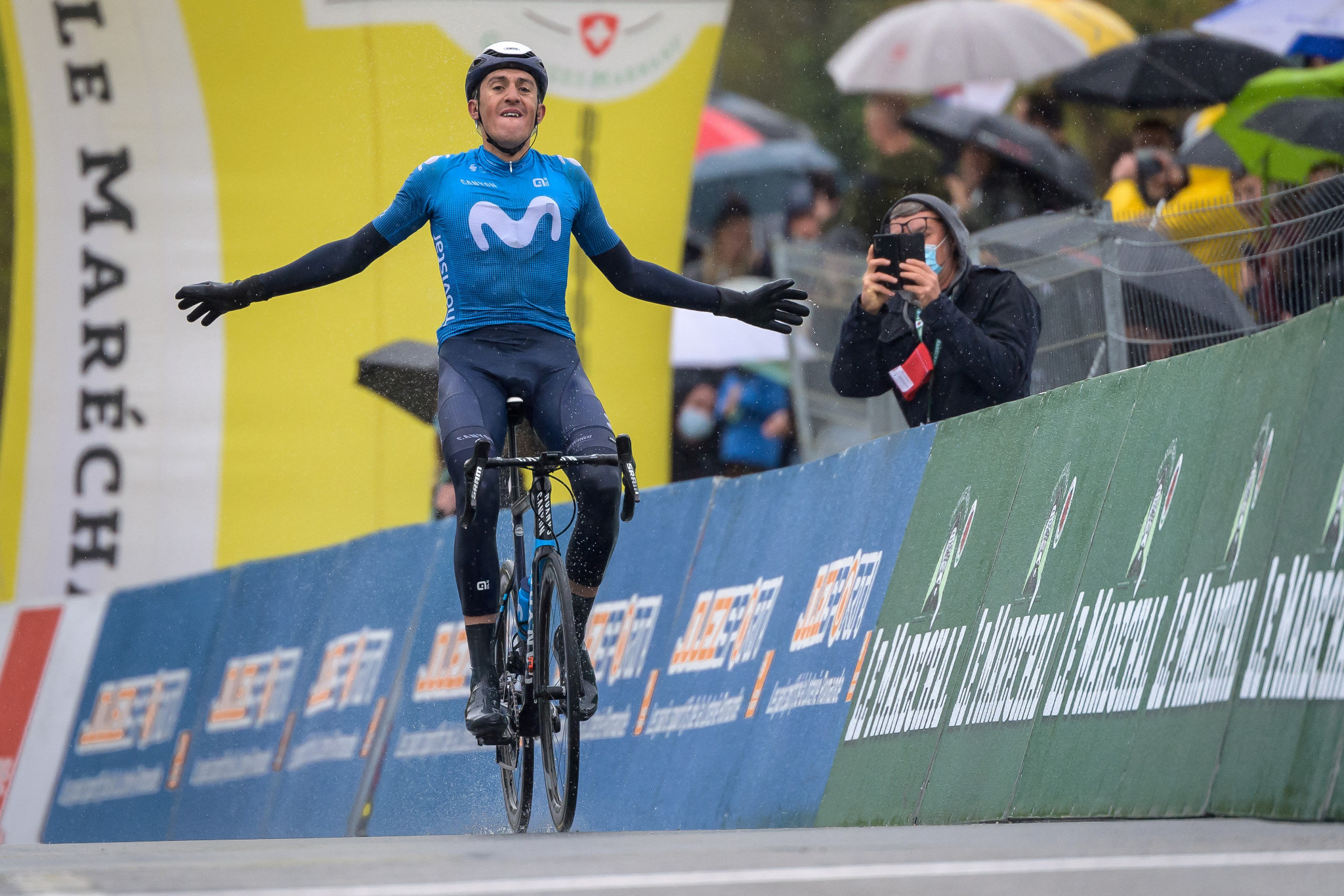 Marc Soler broke clear on the final climb to win the third stage of the Tour de Romandie to assume the overall race lead.

A series of attacks came on the final climb of the 168.7 kilometre hilly stage, which began and ended in Estavayer.

Canada’s Michael Woods and American rider Sepp Kuss were among the riders to attempt to break clear on the ascent.

Soler succeeded where the duo failed, as the Spaniard pulled away towards the summit of the final climb.

The Movistar rider remained clear of fellow Spaniard Ion Izagirre, who attempted to close the gap in the closing 10 kilometres in wet conditions.

Soler, who is expected to lead Movistar’s challenge at the Giro d’Italia, was able to secure a stage victory in a time of 3 hours 58min 35sec.

Izagirre ultimately finished in a chase group which crossed the line 22 seconds behind the stage winner.

Denmark’s Magnus Cort won a sprint finish to end second ahead of Slovakia’s Peter Sagan, with time bonuses on offer at the conclusion of the stage.

Ineos Grenadiers endured a difficult day, with Australia’s Rohan Dennis relinquishing the race lead to Soler after crashing in the wet conditions to ultimately drop out of the top 10.

Soler was also able to leapfrog Ineos Grenadiers’ Geraint Thomas of Britain and Australia’s Richie Porte in the standings.

Soler leads the race by 14 seconds from the Ineos Grenadiers’ pairing, after securing a 10 second time bonus for his stage win.

The Spaniard dedicated the stage win to team doctor Jesús Hoyos, who died today after a "short and devastating illness."

"I want to remember, first of all, who was the doctor of our team, Jesús Hoyos.

"I dedicate this victory to him - unfortunately we have lost him in a very short time and it is a great shame for all of us."

The penultimate stage of the race will be held tomorrow with riders tackling a 161km mountainous route from Sion to Thyon 2000.

The race is set to conclude with a 16km individual time trial in Fribourg on Sunday (May 2).