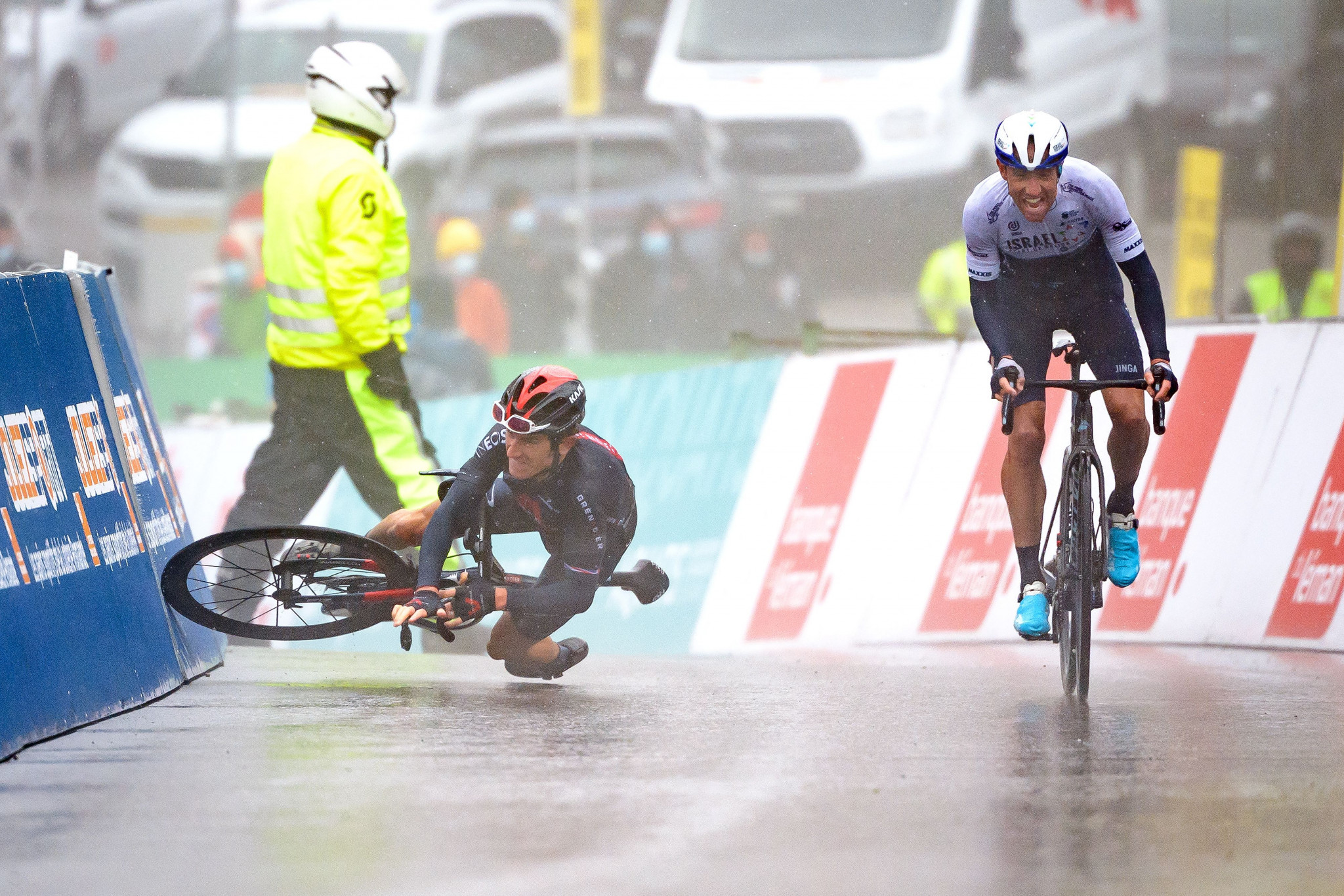 Michael Woods won the fourth stage of the Tour de Romandie to assume the race lead as Geraint Thomas crashed in the final metres racing.

Weather conditions played a significant role during the penultimate stage of the International Cycling Union (UCI) WorldTour race, which saw riders face a 161 kilometre route from Sion to Thyon 2000.

Organisers brought forward the start of the queen stage of the race amid a weather forecast for snow later in the day.

Fog and wet conditions also led to organisers neutralising the penultimate descent from Suen, which appeared to hand a seven-rider breakaway an advantage over the field.

The breakaway included Denmark’s Magnus Cort, who had began the stage within a minute of the race lead.

The breakaway’s advantage was ultimately inconsequential on the stage, as the riders were caught with the general classification battle heating up.

Canada’s Woods attacked with four kilometres remaining of the final climb from the general classification group, with Australia’s Ben O'Connor and Britain’s Thomas able to follow.

O’Connor was unable to maintain pace with Woods, leaving the Canadian rider and Thomas heading into the remaining kilometres together.

Woods was gifted the stage victory when Thomas' hand slipped when attempting to change gear in the closing kilometre, with the Ineos Grenadiers rider crashing in the wet conditions.

O’Connor was able to catch and pass Thomas as the British rider clambered onto his bike to finish as runner-up at 17 seconds down.

The result allowed Woods to move into the race lead, with an 11 second cushion over Thomas heading into the final stage.

O’Connor rose up the standings to lie third overall, a further 10 seconds down.

Thomas remains the favourite to win the race, with tomorrow’s 16km individual time trial in Fribourg expected to suit the British rider, provided there are no ill effects from today’s crash.