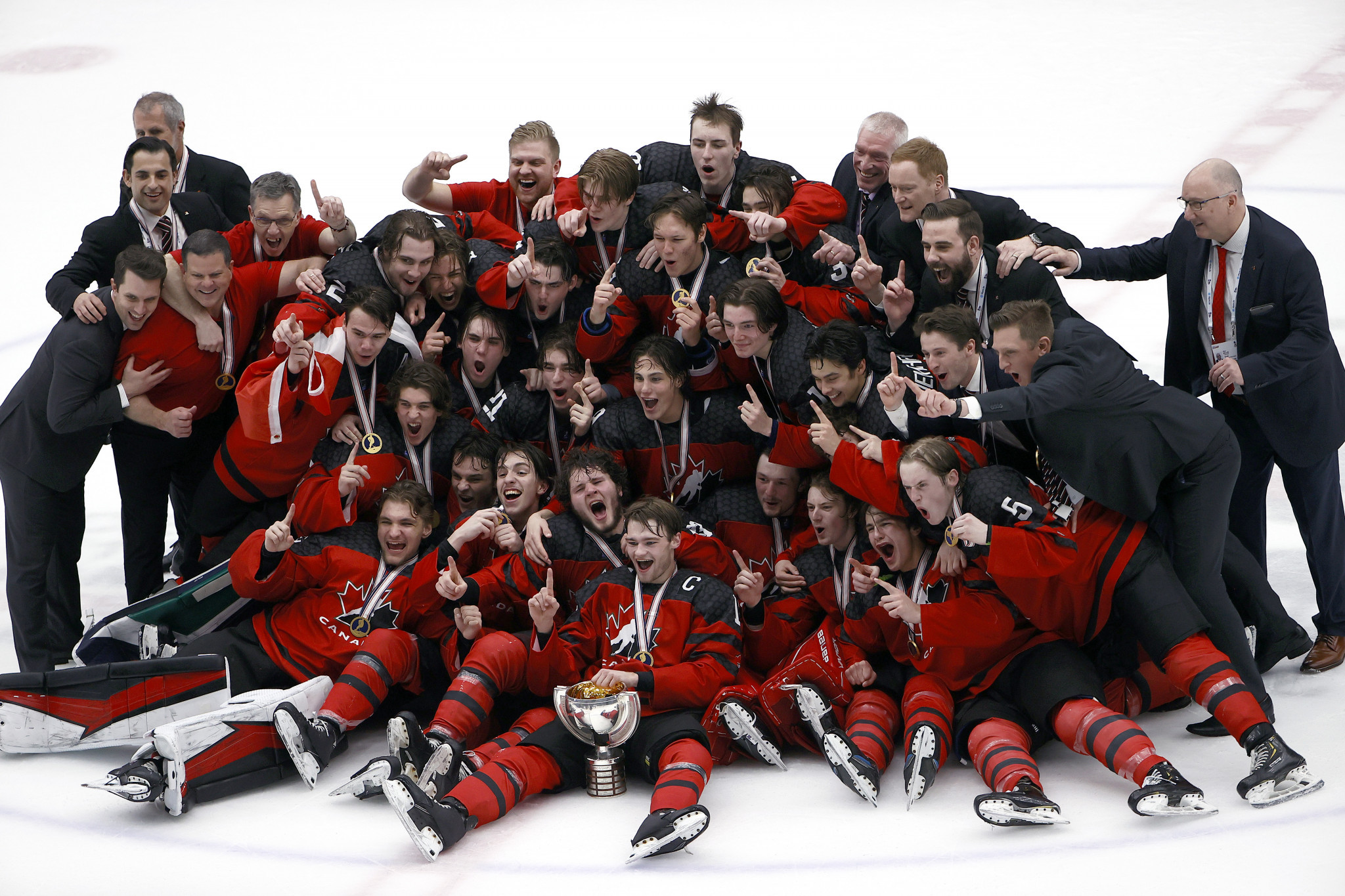 Canada have won the International Ice Hockey Federation Under-18 World Championship after defeating Russia 5-3 in the final in Texas.

The Canadians twice came from behind to win a first under-18 world crown since 2013 at Frisco's Comerica Center.

Dmitri Buchelnikov put Russia 2-1 ahead, but Shane Wright scored a second Canadian equaliser in the final minute of the first period.

Vladimir Grudinin got one back for the Russians, yet as they pushed for a leveler they were left exposed, allowing Wright to score into an empty net with 40 seconds remaining and make it 5-3.

"Tonight’s game was really exciting to be a part of," said Canada's Benjamin Gaudreau, who won the Best Goalie award.

"The last minute of the game felt longer than the rest of the game, so it seemed like it took a little while for the clock to finally hit zero.

"Once [Wright] put the icing on the cake with 40 seconds to play, the reality set in that we won.

"It was a huge win for us and it’s hard to describe the feeling, but we could not have done it with a better group of guys."

In the third-place playoff, Sweden romped to an 8-0 win against Finland, with Carl Lindbom making 35 saves in the shutout.

Matvei Michkov was named Most Valueable Player at the tournament and was one of two Russians in the Media All-Star Team.