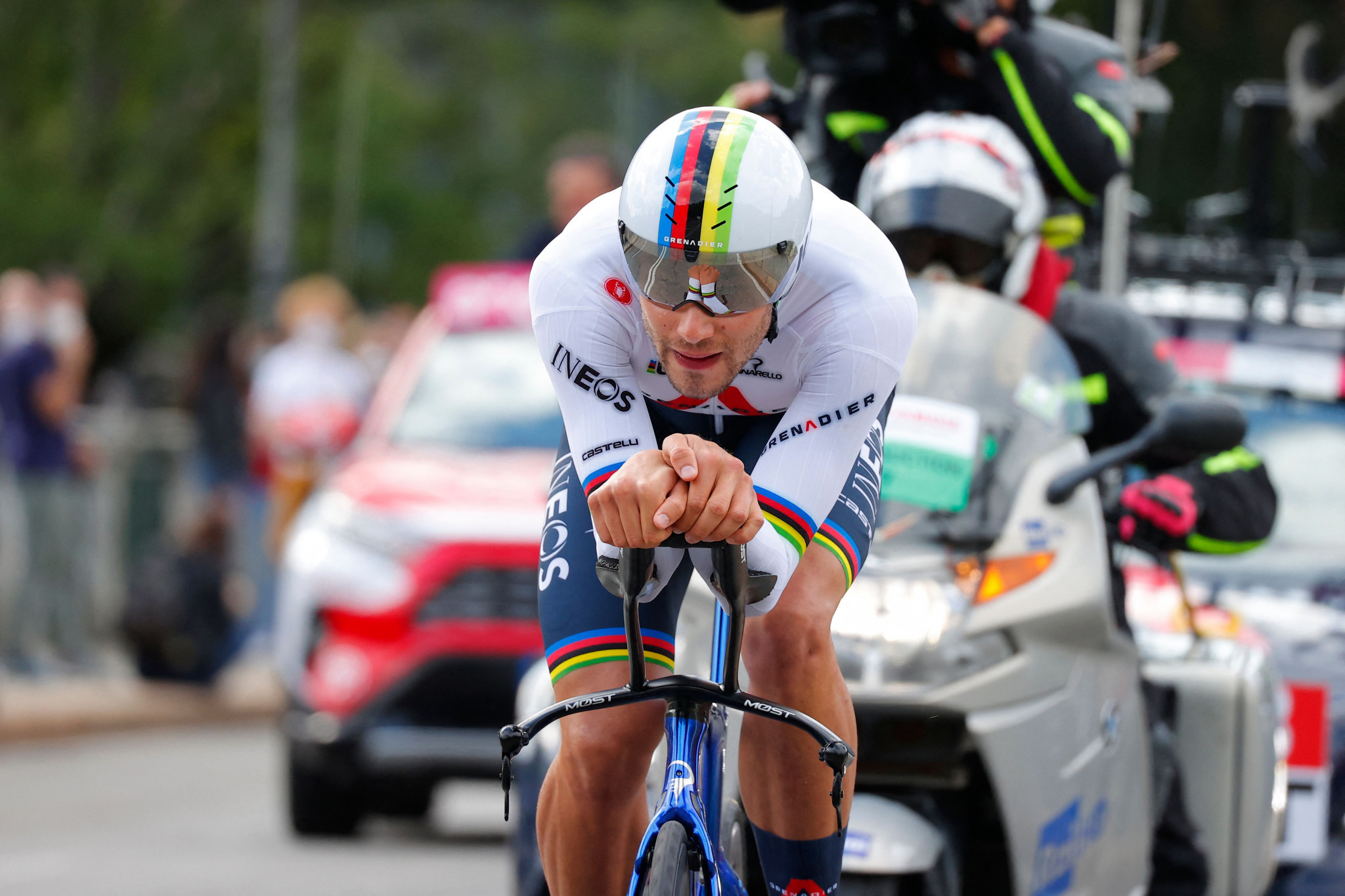 Italy’s Filippo Ganna won the opening stage of the Giro d’Italia for the second successive year after triumphing in the opening individual time trial in Turin.

The Ineos Grenadiers’ rider had missed out on victories in his past two time trials at the Tour de Romandie and Tirreno-Adriatico, but returned to form in Turin.

The reigning world champion completed the 8.6-kilometre course, located alongside the River Po, in a time of 8min 47sec.

Fellow Italian Edoardo Affini finished second on the stage at 10 seconds down, with Norway’s Tobias Foss a further three seconds slower in third.

"I hope to recover well by tomorrow because this is only the start of the Giro.

"I didn't feel I was ready for this race.

"My morale wasn't great after the Tour de Romandie, now it's back up."

The opening stage saw a positive start for Portugal’s João Almeida, who led last year’s race for 15 consecutive stages on route to finishing fourth on his Grand Tour debut.

Almeida placed fourth on the stage at 17 seconds behind the winner.

Belgium’s Remco Evenepoel made an impressive start to his Grand Tour debut by finishing two seconds further down.

General classification contender Simon Yates of Britain and Colombia’s Egan Bernal were separated by a second on the stage, ending 38 and 39 seconds off the pace.

The 21-stage race is scheduled to take place until May 30, with Milan set to host the final day.