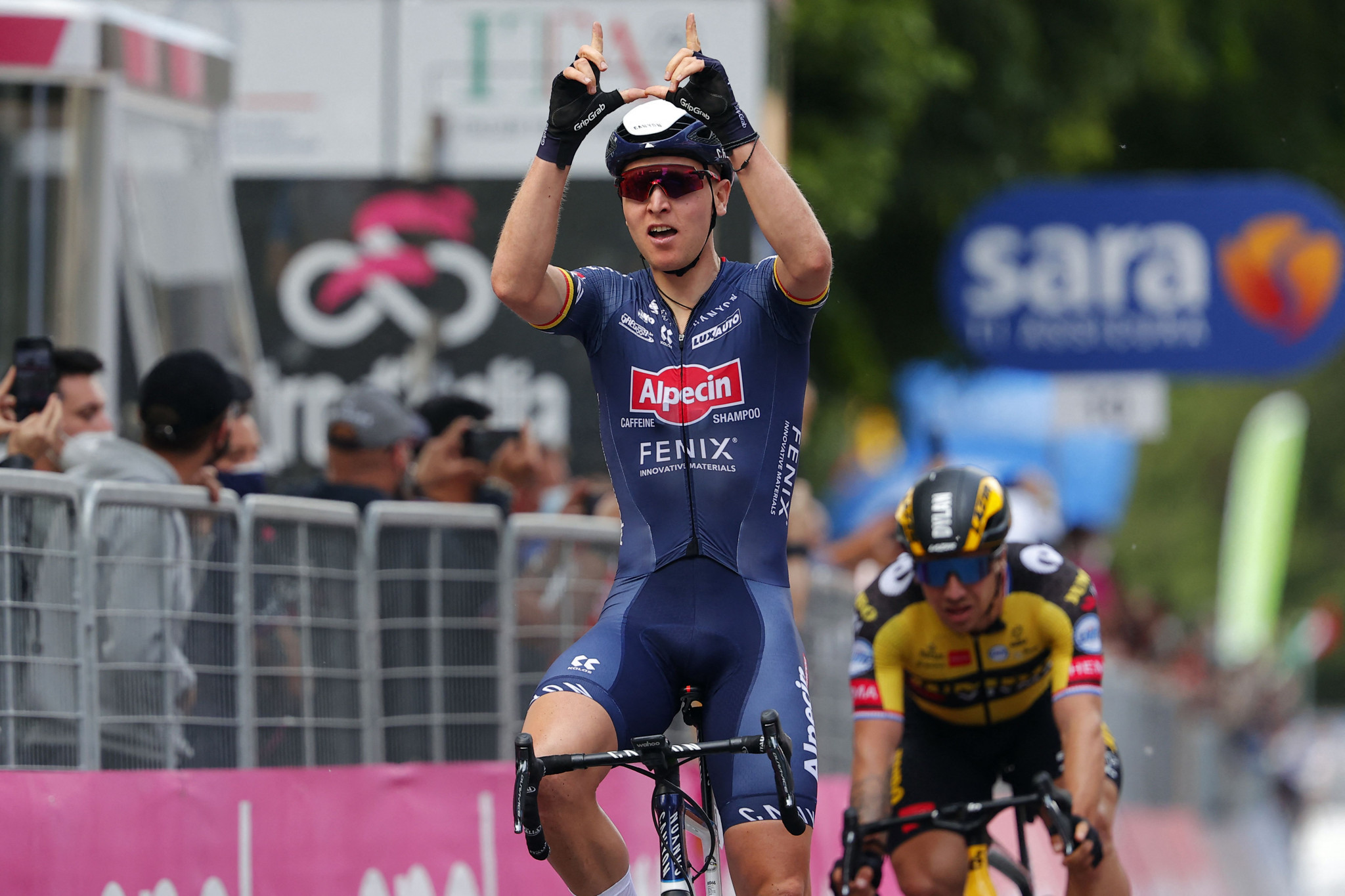 Belgium’s Tim Merlier earned the first sprint victory of the 2021 Giro d'Italia after producing the fastest finish on stage two in Novara.

The 179-kilometre stage from Stupinigi to Novara began with riders holding a minute’s silence on the 10th anniversary of the death of Wouter Weylandt, who died after a crash at the race.

An early breakaway group were allowed to move clear by the peloton, with Italy’s Filippo Tagliani and Umberto Marengo spending most of the stage in the lead.

The duo were caught within the final 20km as sprinters’ teams began eyeing the finish in Novara.

Merlier, making his Grand Tour debut, dominated the sprint with the Alpecin-Fenix rider winning in a time of 4 hours 21min 9sec.

On the finish line he raised his hands to form a letter "W" in honour of Weylandt.

"I'm very happy with this victory in my first sprint at a Grand Tour," Merlier said.

"I knew it was important to be well-positioned at the last roundabout.

"When I came out of it I only thought of going faster and faster afterwards.

"I still had enough to finish it off."

The Giro d’Italia is Groenewegen’s first race back from a nine-month ban from the sport, following his involvement in a crash at the Tour de Pologne, which left compatriot Fabio Jakobsen with serious facial injuries.

The Ineos Grenadiers’ rider earned three bonus seconds during one of two intermediate sprints held during the stage.

Ganna holds a 13-second advantage over fellow Italian Edoardo Affini in the general classification, with Norway’s Tobias Foss a further three seconds back in third.

Tomorrow will see riders face a 190km route from Biella to Canale, with Sagan among those tipped for a stage victory.