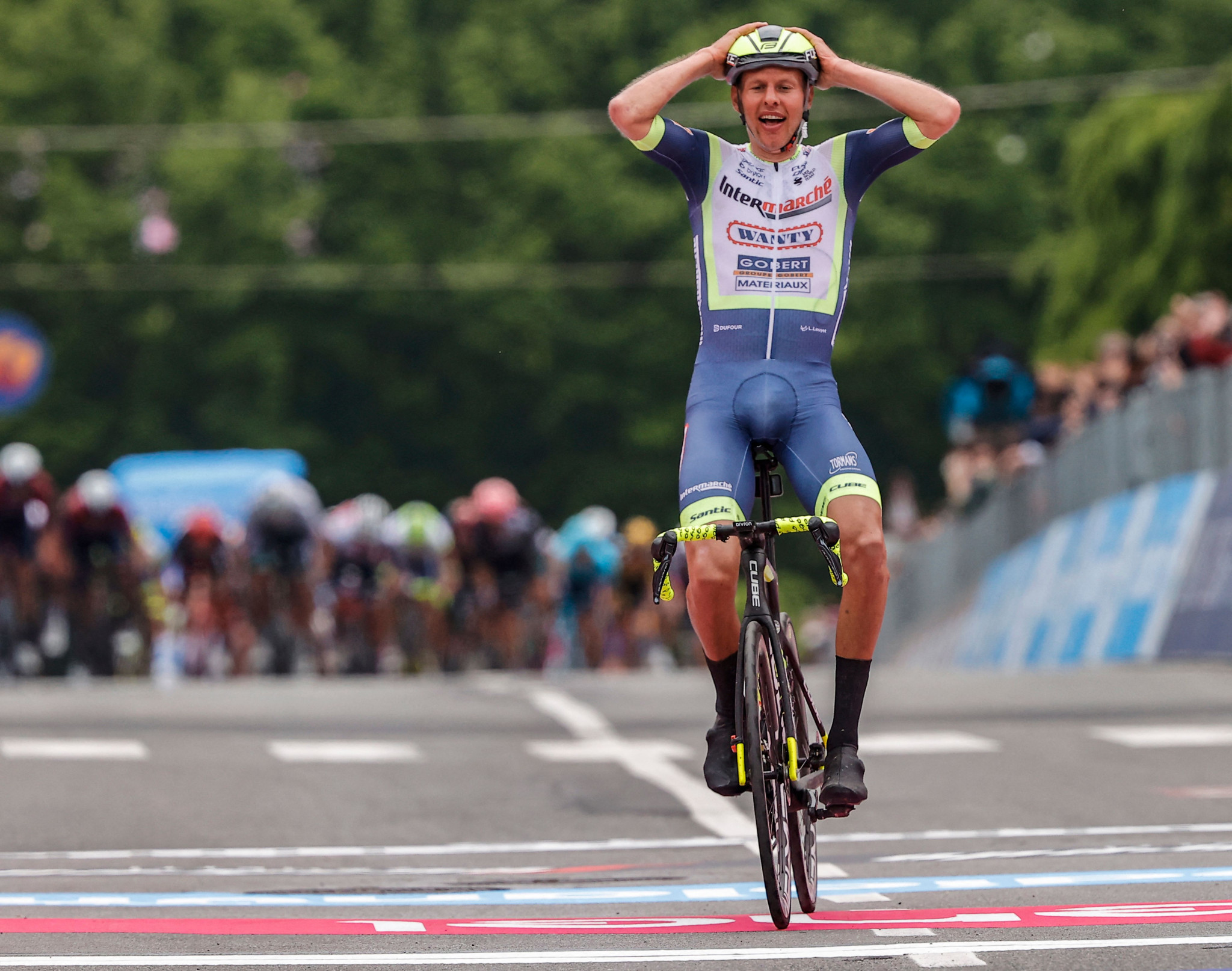 Dutch rider Taco van der Hoorn earned victory on stage three of the Giro d’Italia after riding clear from a breakaway group to the finish in Canale.

The Grand Tour debutant formed part of an eight-rider break on the hilly 190-kilometre route from Biella to Canale.

The move included King of the Mountains leader Vincenzo Albanese of Italy, Switzerland’s Simon Pellaud and 18-year-old Ukrainian Andrii Ponomar, the youngest rider in the race since 1929.

A lead in excess of six minutes was established during the stage, but the advantage was gradually ebbed away by the peloton as the day progressed.

Pellaud and Van der Hoorn opted to accelerate away from the gradually diminishing group on a steep climb inside the final 17km.

Van der Hoorn launched a solo bid for victory as the pair entered the final 10km, but the Intermarche-Wanty-Gobert Materiaux rider appeared certain to be caught by the peloton.

The Dutchman surprisingly held on to earn his team’s maiden victory since their elevation to top-tier International Cycling Union (UCI) WorldTour status.

Van der Hoorn enjoyed a narrow margin of victory over Italy’s Davide Cimolai, who led the peloton over the line at four seconds down.

Slovakia’s Peter Sagan, who was tipped by many to win the stage, finished third despite his Bora-Hansgrohe team mounting a strong chase and dropping several of his sprint rivals.

"I can't believe it, I just wanted to be aggressive for the whole Giro," said Van der Hoorn.

"I knew it would be very difficult to win a stage.

"I took my chance but I didn't believe we'd make it with a one minute lead going into the finale.

"But Simon Pellaud rode very hard up the hill.

"He was tired then and I dropped him and I heard on the radio that I had a lead of 40 seconds.

"I looked back at one kilometre to go and I started believing I could win.

The Ineos Grenadiers’ rider is 16 seconds clear of second-placed Tobias Foss of Norway.

Racing continues tomorrow with a 187km stage from Piacenza to Sestola.