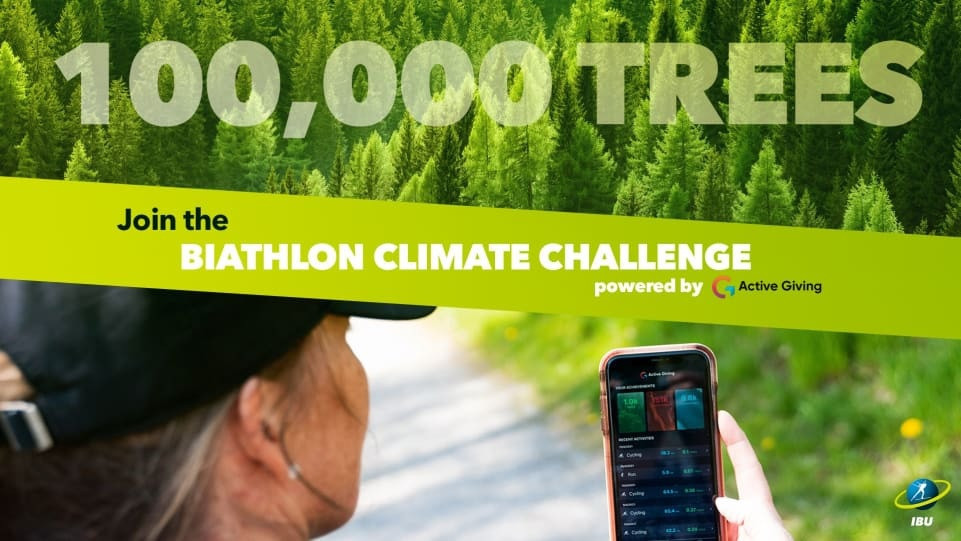 The International Biathlon Union (IBU) claims participants in the Biathlon Climate Challenge are on track to planting 50,000 trees by the middle of this month courtesy of their lung-busting efforts.

Almost 7,500 people are said to have joined 10 team leaders in taking on the climate action initiative since it launched on May 1.

Participants have been challenged to track their physical activity in a fitness app which will convert distance they have covered or calories they have burned into trees to be planted by a reforestation project.

With the overall aim of planting 100,000 trees, the IBU believes it has made a great start towards reaching that goal.

"The first week of the Biathlon Climate Challenge is over and currently our 10 team leaders and their almost 7,500 team members are well on track to complete 50,000 trees by the middle of this month," a statement from the IBU read.

"We're also super grateful to all the National Federations who have been helping to get the word out in the past few weeks.

"It's fantastic to have so much support from the entire biathlon family.

"The first couple of days were the toughest - but it's great to see updates from team members who have kickstarted their physical activities again in order to contribute to the Biathlon Climate Challenge - giving everyone an incentive to be and to become physically active is one of the big goals of this challenge, too.

"We also loved some of the sustainability messages from some of our team leaders this week."

Running, cycling, hiking, yoga and cross-fit are among the activities that will count on Active Giving’s app.

A post shared by Fan of Italian Biathlon (@italianbiathlon)

The team leaders include Olympic champions Sebastian Samuelsson of Sweden and Olena Pidhrushna of Ukraine.

"I feel like it gives me extra motivation," said Oja.

"I am not counting my training in kilometres or hours, but in trees.

"It is like how many trees did I plant?

"How much did I help the environment?

"I went for a run by myself and did some home gym, nothing like too special because I have to start step-by-step.

"Even though I would have gone out anyway, I really went out and maybe did a little bit more because of the Climate Challenge."

The planting of trees is to be carried out by Eden Reforestation Projects, a non-profit organisation, which aims to provide fair-wage employment to impoverished villagers as agents of global forest restoration.

The first Biathlon Climate Challenge was announced in honour of Earth Day on April 22.

The IBU said it was also part of its 10-year sustainability strategy, which started last September.