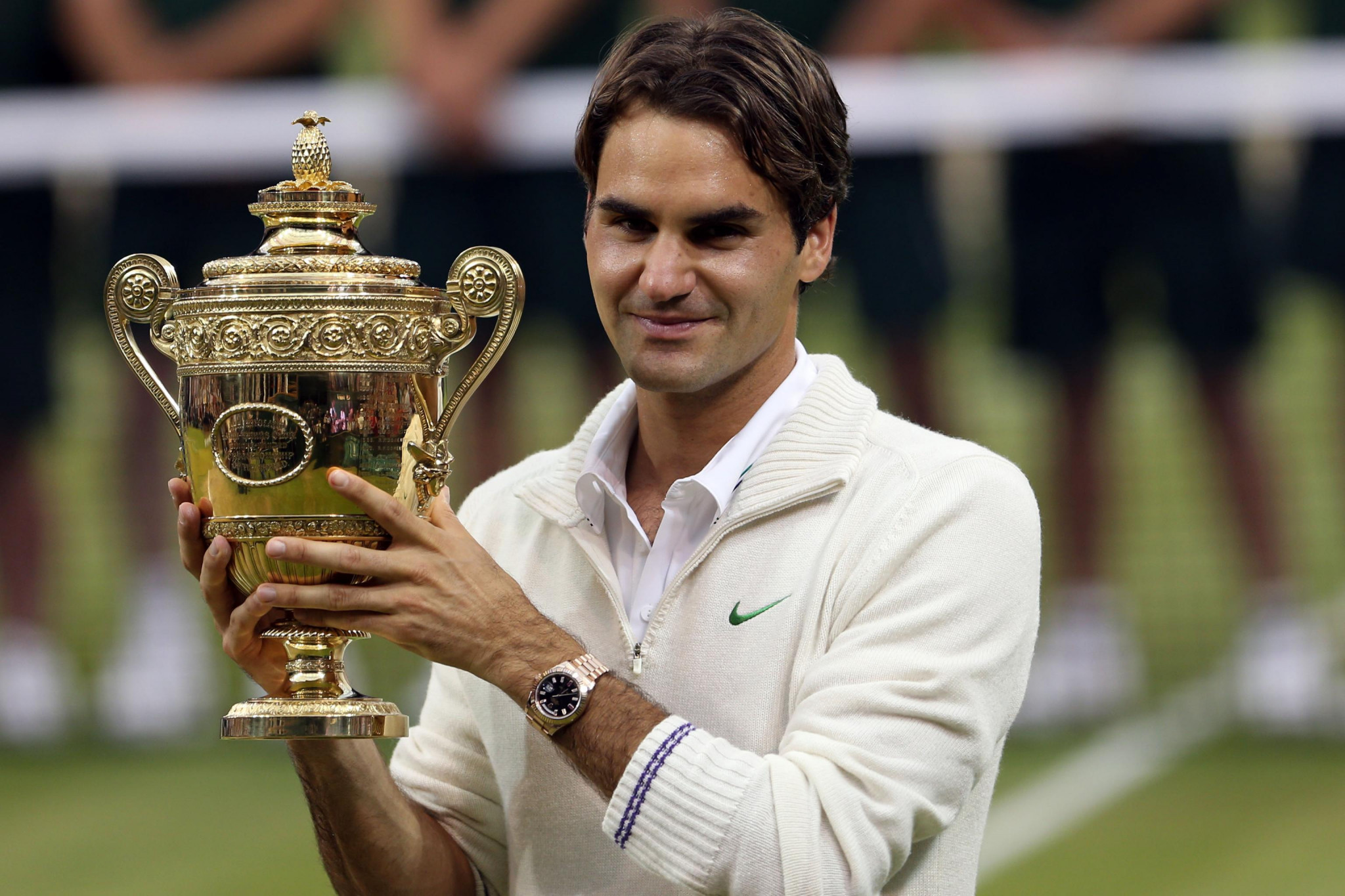 Roger Federer is auctioning memorabilia from his record-breaking career, which includes winning 20 Grand Slam titles and an Olympic gold medal.

The Swiss icon has announced that he will be putting some mementos under the hammer in two auctions in June and July at Christie's to raise money for the Roger Federer Foundation.

Among the 20 items representing each of Federer’s Grand Slam victories due to go on sale in the live auction on June 23 will be the kit and racket he used when he beat Rafael Nadal in the 2007 Wimbledon final.

The white cardigan with the RF-emblazoned logo on the sleeve which he donned before the 2012 Wimbledon final against Britain's Andy Murray and during the trophy presentation will also be up for grabs during the action, along with the racked he used, with the combined auction item expected to fetch up to £60,000 ($85,000/€70,000).

"Every piece in these auctions represents a moment in my tennis career and enables me to share a part of my personal archive with my fans around the world," Federer, who turns 40 in August, told Reuters.

"More importantly, the proceeds will support The Roger Federer Foundation to help us continue to deliver educational resources to children in Africa and Switzerland."

A second online auction, which includes 300 lots charting Federer's career from the early days of the 2000 Olympic Games in Sydney to matches which took place in 2021, is due to take place from June 23 until July 14.

Christie’s believes the entire collection is worth £1 million ($1.4 million/€1.2 million), but it is hoped the auction will bring in at least £1.5 million ($2.1 million/€1.7 million) for the Roger Federer Foundation.

"The sale was curated to attract Federer fans around the world and Roger personally expressed a desire to include affordable estimates from £100 ($140/€115)," Christie’s revealed on its website.

"It is a great privilege for Christie’s to offer this magnificent memorabilia of historic importance on behalf of Roger Federer, an active sporting legend," Bertold Mueller, managing director, Christie’s Continental Europe, Middle East and Africa said.

"The sports memorabilia market has been booming for years, in particular for match-worn and signed pieces.

"The auctions will no doubt be a milestone in this ever-growing, worldwide phenomenon."