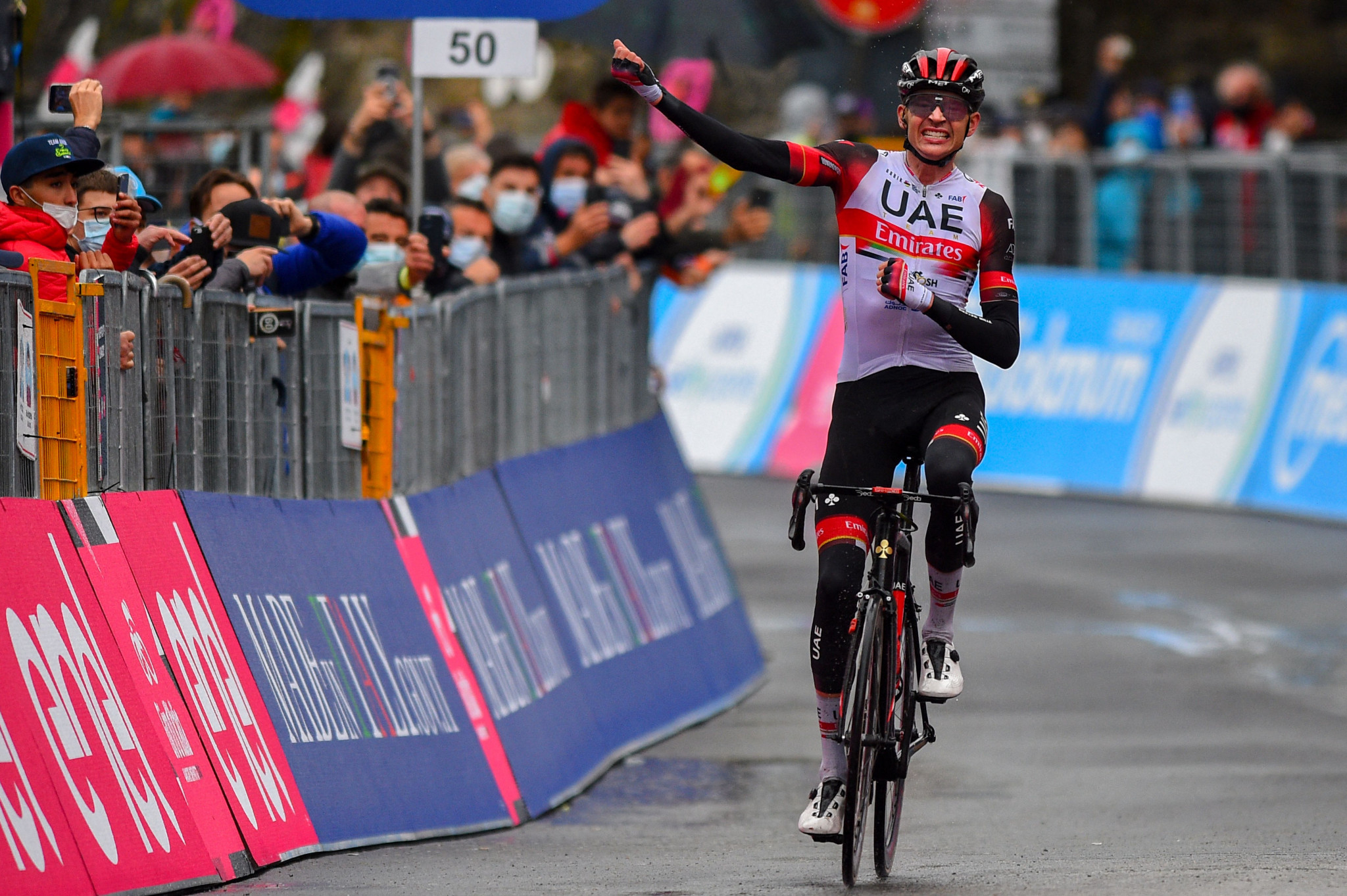 Dombrowski and De Marchi were part of a 25-rider move which formed after 40km.

The breakaway splintered in the second half of the stage, with Estonia's Rein Taaramäe and Denmark’s Christopher Juul-Jensen pushing on from the breakaway.

Dombrowski and De Marchi left the chasing group behind and set off in pursuit of the two leaders, with the pair catching and passing the leaders on the climb to the Sestola ski station.

Dombrowski was able to leave the Italian behind in the closing section, with the 29-year-old pulling clear to earn a stage win in 4 hours 58min 38sec.

"It was a hard day, I wasn't sure the breakaway could make it but when I saw that we had six to seven minutes from the peloton, I started to believe in it," Dombrowski said.

"In the last few kilometers of the climb I felt good, so I decided to attack and it paid off."

The second-place finish was enough for De Marchi to move into the overall race lead.

He leads the general classification by 22 seconds from Dombrowski, with the Italian admitting he had targeted securing the pink jersey prior to the stage.

"I started thinking about taking the Maglia Rosa two days ago but I didn't tell anybody," said De Marchi, who rides for Israel Start-up Nation.

"Today it was about finding the right move.

"I knew it would be tricky at the start, a bit of luck helped and here we are.

"The Maglia Rosa is the childhood dream of every cyclist, especially for an Italian."

Spain’s Mikel Landa instigated a series of late attacks in the general classification group on the stage.

The Bahrain Victorious’ rider was rewarded when he led a group containing Colombia’s Egan Bernal, Britain’s Hugh Carthy and Russia’s Aleksandr Vlasov away from their rivals.

Tomorrow’s stage will take riders 177km from Modena to Cattolica.