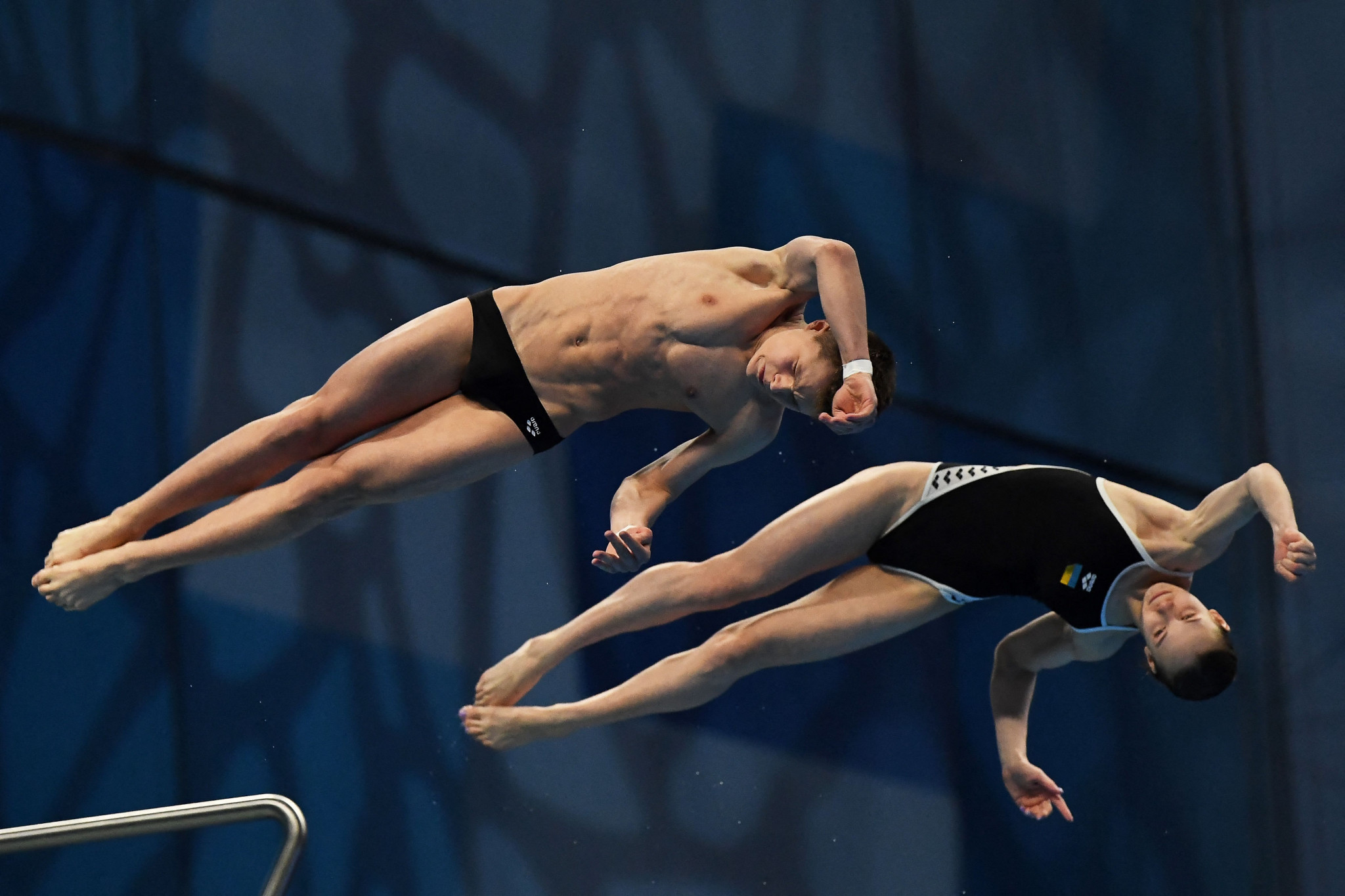 Kseniia Bailo and Oleksii Sereda won the 10-metre mixed synchronised diving competition at the European Aquatics Championships despite having trained together for just a week.

That gold medal was one of two won by Ukraine on the second day of the event at Budapest's Duna Arena.

Sixteen-year-old Bailo and 15-year-old Sereda won a by a convincing margin, with their total of 325.68 points more than 18 ahead of the runners-up.

Britain's Andrea Spendolini-Sirieix - who at 17 was making a senior European debut - and Noah Williams won the silver medal with a total of 307.32.

Bertocchi amassed a points total of 259.90, Pellacani got 254.15, and Swiss Michelle Heimberg scored 255.55 to split the pair and earn a silver medal.