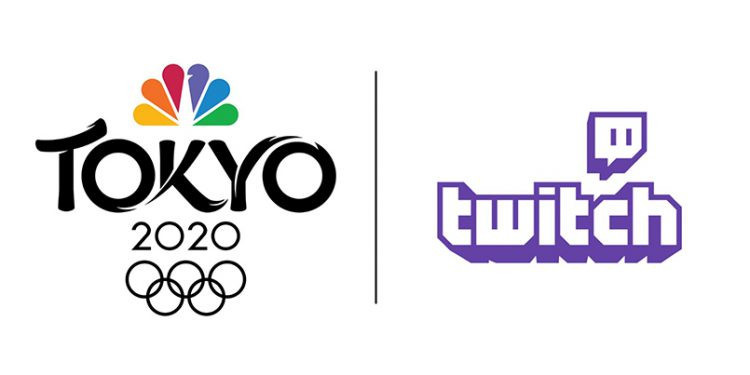 Livestreaming platform Twitch are to become part of NBC’s Olympic content and coverage for Tokyo 2020 after signing a new partnership.

Twitch will produce live content in the lead up to the Games and throughout the event in a partnership that will emphasise "unique programming tailored to the Twitch community, including highlight studio shows, game-ified pre-Olympic activations, Olympic athlete interviews and Olympic-themed gaming competitions."

Part of this programming will include the creation of several interactive features that takes inspiration from the "passion and competition" of the Games.

These include, in the week prior to the Opening Ceremony, due to take place on July 23, Twitch streamers and their audiences will keep a virtual Torch running through their engagement and the chance to light a virtual Cauldron as the Games officially begin.

The NBC Olympics channel on Twitch will also host several content series throughout the Games including a highlights show, streamer competitions, and live question and answer sessions with Olympic athletes.

"They no longer want to simply spectate; they want to be as close to the action and athletes as possible."

But it is unlikely live content will be streamed on Twitch, with fans still having to tune into NBC to watch the Olympics.

"We are thrilled to collaborate with Twitch on innovative ways to tell the stories of Team USA’s athletes in Tokyo and build Olympic excitement with their audience," said Gary Zenkel, President of NBC Sports’ Olympics division.

The two companies will also collaborate on sales efforts surrounding the content.

Last year NBC extended a deal with Twitter to provide live coverage during Tokyo 2020 and the 2022 Winter Olympic Games in Beijing.

Twitch has steadily expanded its content programming beyond esports in recent years.

In 2020, the company launched a dedicated category for traditional sports content which has included broadcasts and highlights of various competitions.

The platform has also teamed up with the National Football League in the past to feature popular streamers such as Tyler "Ninja" Blevins providing commentary during Thursday Night Football games.