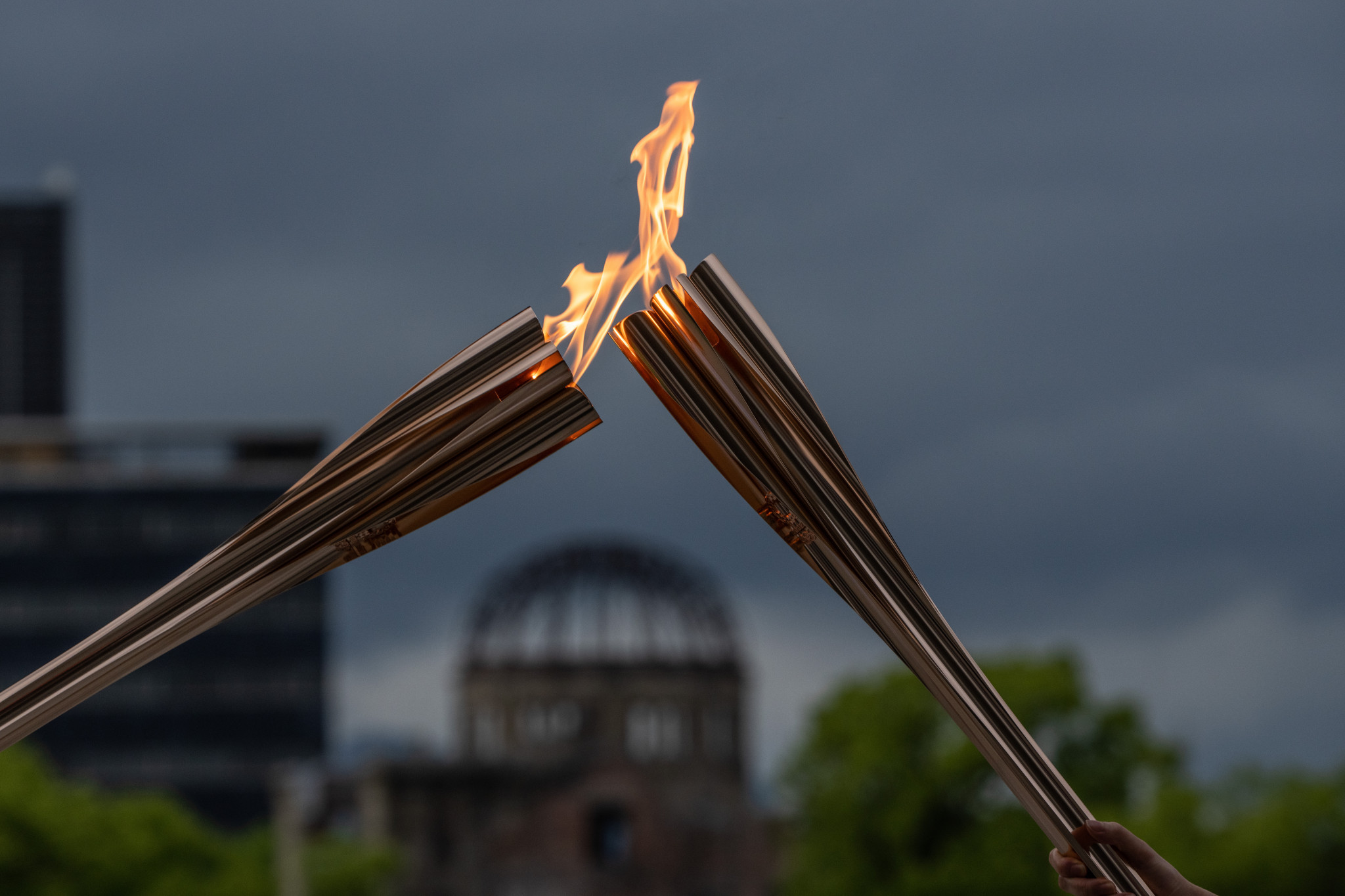 International Olympic Committee President Thomas Bach has sent a message describing the arrival of the Olympic Flame in Hiroshima as “a universal call for peace".

Bach had originally hoped to visit Japan this week to coincide with the Torch Relay’s passage through Hiroshima, where on August 6 in 1945 an American  bomber dropped the uranium bomb above the city, killing around 140,000 people.

But the state of emergency imposed in the region in response to  COVID-19 led to the cancellation of Bach's trip.

The Relay was held under rainy skies in the enclosed environment of the Hiroshima Peace Memorial Park.

Bach’s message was read at a short ceremony where the cauldron was lit.

"What better moment and what better place than the arrival of the Olympic flame in Hiroshima, your city of peace, for us to join our voices," Bach said in the message.

"From Hiroshima, the Olympic Flame will carry this powerful message of peace to Tokyo and then, from Tokyo, on 23 July, to the entire world.

"So let us now unite the Hiroshima Peace Flame and the Olympic flame in our universal call for peace.

"This peace mission is at the heart of the Olympic Games, which unite the entire world in all our diversity.

"Our mission for peace is also acknowledged by the United Nations, which adopts the Olympic Truce resolution by consensus ahead of every edition of the Olympic Games."

Baseball star Takahiro Arai, an Olympian in 2008, had carried the Flame in front of the Hiroshima Peace Memorial, as the runners who had taken part in the Relay stood in a line.

The Olympic flame was carried through the Hiroshima Peace Memorial Park, a symbol of world peace 🕊️ #Tokyo2020 #OlympicTorchRelay

The Relay through the park was started by 74-year-old Takayuki Sakai.

His late brother Yoshinori had famously been chosen to lit the cauldron at the 1964 Tokyo Games to symbolise the young generation in Japan because he had been born on the same day that the bomb fell on Hiroshima.

"I wanted to get involved instead of my late brother," Sakai said.

"Even though the Relay was held in a different form,

"I passed on the Flame together with my brother, wishing for world peace."

Shoji Tomihisa, a 104-year-old survivor of the bomb, had been scheduled to take part in the Relay but he was among those who withdrew as a precautionary measure.

The Flame was originally to have visited 12 cities in its two day stay in the Prefecture which ended in Fukuyama when double World Championships bronze 400 metres hurdles medallist Dai Tamesue lit a celebratory cauldron.

The Torch Relay now reaches Okayama where it will again be conducted away from public roads as part of ongoing precautions against COVID-19.

A shortened celebration event is due to be held tomorrow in Okayama Castle.