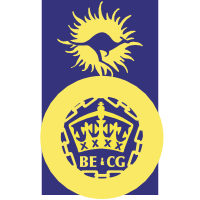 At the opening ceremony in the new Perry Lakes Stadium, the heat was measured at a sweltering 105 degrees Fahrenheit and such extremes persisted throughout the duration of the 1962 Games.

The immense heat in 1962 was somewhat of a shock to the organisers as in the previous 65 years, only ten 100 degree plus days had been recorded in Perth. Australian soldiers were pressed into action throughout the Games as they were charged with the task of bringing water to competing athletes.

Despite extreme heat in the dusty city that was not renowned for its interest in sport at the time, Perth produced an outstanding Games that the home nation won ahead of England.

The British Empire Commonwealth Games appeared to bring out the best in its host city, a feeling which was perhaps best summed up by the London Daily Telegraph reporter James Coote who wrote: “The VIIth Commonwealth Games have proved that it is possible for an area as basically devoid of sports interest as Perth to stage the second most important sports meeting in the World - and stage it successfully. Perth has shown that these Games will continue for years to come."

The staging of the 1962 Games left a fantastic legacy in the city of Perth. The Games provided the city with a springboard for phenomenal development in sport and recreation, centered on the sports facilities that were built for the Games.

The facilities have not only catered for elite level sport but provided opportunity for the development of organised recreational sport in the area and a focus for Australia's first University Degree Programme in Physical Education.

Implementing all multimedia content requirements for delivery of standard competition and corporate coverage and campaigns across FIFA’s owned and operated digital platforms according to deadline and budget. To support our Communications Division, FIFA is looking to recruit a flexible and analytical person as a Senior Multimedia Manager.

A chaotic week for the International Weightlifting Federation has seen the governing body have three Interim Presidents in as many days. Brian Oliver looks back at a bizarre sequence of events as well as looking forward to where the sport may go next.

Should there be restrictions on the numbers of spectators allowed at events during the Tokyo 2020 Olympics and Paralympics?