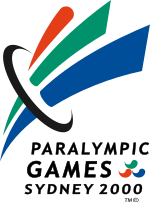 For the first time ever, Paralympic and Olympic athletes lived in the same village.  They enjoyed the same catering services, medical care and facilities while ticketing, technology and transport systems for the Olympics were seamlessly extended to the Paralympics.

The Opening Ceremony of the XI Paralympic Games took place at Stadium Australia (now known as the ANZ Stadium) on 18th October with a blaze of color and festivity.  A record number of 122 countries (or 123 delegations including independent athletes from East Timor) participated at the Sydney Paralympics, making this the largest Games (at the time) in Paralympic history.

During the Games, the Paralympic Village housed 6,943 people. There were 3,824 athletes, 2,315 team officials and 804 technical officials.  Sporting performances were of the highest standard the Games had ever witnessed as over 300 world and Paralympic records were broken.

British wheelchair athlete Tanni Grey-Thompson was one of the standout performers of the Games.  Thompson crowned a distinguished career as she took four gold medals in the 100 metres, 200 metres, 400 metres and 800 metres in her disability category.

Another star performer was Jason Wening, a double below-the-knee amputee swimmer from the United States who won his third consecutive gold medal in the 400m freestyle, breaking his own world record in the process.  Wening has not been beaten in the 400m in his category since 1991, when he first broke the world record.

Sydney 2000 marked the first-time participation of female athletes in power lifting, and it was a debut to remember.  Seven world records tumbled within the space of two hours.  Jianxin Bian of China and Fatma Omar of Egypt took the first two gold medals in women's power lifting.

To the delight of the home crowd, host Australia eventually topped the medal table with 63 gold medals. Great Britain was second with 41 gold medals and Spain took third place with 39 gold medals.

From an organisational view point, the Sydney Paralympics could not have been better.  A record number of around 1.2 million tickets were sold and over 2,300 media representatives were on-site to cover the Games.  The Sydney 2000 Games also set a new precedent in webcasting as the public were able to watch some 100 hours of Paralympic competitions on the Internet.  Users across 103 countries logged in to the official Games website which attracted an estimated 300 million hits during Games.